Just days after a report claimed Victoria was struggling with issues of jealousy, Beckham stepped out without his designer wife.

"He is a heartthrob to many around the world. And David Beckham undoubtedly had endless women swooning on Wednesday as he cut a very dapper figure in Tokyo," the Daily Mail reported on Friday. "The famous footballer, 41, looked incredibly handsome as he suited and booted up for the Marina Bay Sands 'Beyond Expectation' celebration in the Japanese capital."

Shortly before, a source claimed the couple had endured a rough night out during a friend's birthday party.

“Victoria clearly wasn’t enjoying the party so David suggested she go home,” an insider revealed to Closer magazine, via OK! Magazine, adding that Victoria was “jealous” about the attention her husband was receiving.

According to the report, Victoria previously told her husband that she did not want to be around during events where David was “open to female attention” because “it makes her feel uncomfortable and insecure." 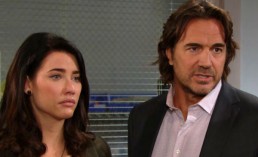