Gwyneth Paltrow expressed over the weekend that it is an "exciting" time in America in regard to the presidential election.

Paltrow spoke at the Airbnb Open conference this past Saturday, revealing her feelings on the election and where America is now as a nation.

"It's such an exciting time to be an American because we are at this amazing inflection point," she said, according to PageSix. "People are clearly tired of the status quo, and ... it's sort of like someone threw it all in the air and we're going to see how it all lands. It's very important for me, personally, now more than ever, to create a community and to remember the humanity of everybody and to create love and ... understanding."

Paltrow is hoping to better understand the other side of political spectrum, even though she didn't explain which side she was on.

"The most amazing thing for me about this election is I felt ... 'I don't understand the opposition well enough at all.'" she said. "I'm not going to tell you what side I'm on, but my big takeaway was, 'I really need to open my mind and understand better because I don't.'"

While Paltrow has long been a Democrat, hosting a fundraiser for President Barack Obama in 2014, there was a RadarOnline report last July suggesting she wasn't so friendly with Hillary Clinton. While Paltrow reportedly wanted to contribute to a fundraiser for the Democratic nominee, the publication claimed that Clinton did not want Paltrow to be involved.

"Hillary has told her people she wants Gwyneth to have no part in this one," the insider said at the time. "She does not like how Gwyneth tried to turn the last fundraiser at her home into a Paltrow production and blatantly refused Gwyneth's offer to assist."

It's not clear if this report is entirely truthful, but Paltrow's new hopeful comments in the wake of Donald Trump's election (which are certainly much more hopeful than many Hollywood stars' feelings) may suggest that there may be something to it. 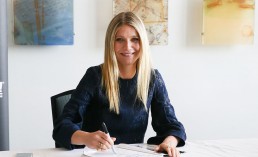 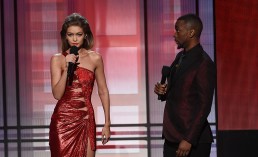 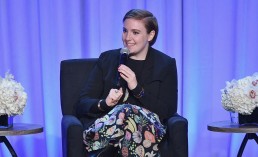