Jamie Dornan and his wife, Amelia Warner, have been faced with rumors of an impending divorce for the past several months, but on Wednesday night, during the premiere of Mum's List, the celebrity couple appeared to be quite taken with one another.

Following rumors regarding an alleged on-set romance between Dornan and his Fifty Shades of Grey co-star, Dakota Johnson, Dornan stepped out to support his wife, Warner, who was responsible for the music of the upcoming film.

According to a report by the Daily Mail on Wednesday, the premiere event was held at The Curzon, Mayfair in London, England.

"Still utterly besotted, Fifty Shades Of Grey actor Jamie gazed adoringly at his wife as she stood out in bold brights," the outlet told fans. "Mum-of-two Amelia was effortlessly glamorous in a red patterned blouse, which she offset with cobalt blue heels. Dressed down in jeans, her colour pop heels added some height to her ensemble so that she came face-to-face with husband of three years, Jamie."

Soon, Dornan will be seen reuniting with his co-star, Johnson, to promote their upcoming film, Fifty Shades Darker, which is set to hit theaters in February of last year. The alleged couple also shot a third movie for the series but so far, a premiere date for the final film has not yet been released.

To see more of Jamie Dornan and his wife, check out the video below. 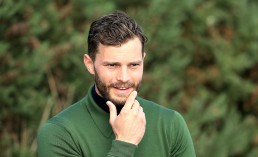 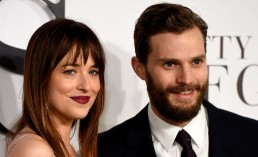 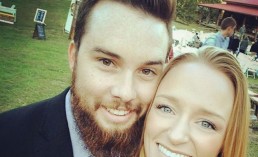