As everyone should know by now, the Nintendo Switch is coming out. Now the Switch is somewhat entirely different from the previous mountain of Nintendo goods. Reason being that it is the first ever time Nintendo is making a proper home console.

This console will feature new games and is going to compete with modern day consoles. As the new Switch comes along, newer and different games will come along with it. But what about the old ones?

Nintendo featured a ton of amazing games in the past. Games that ran their time and are now lying dormant in the memories of old Nintendo Handhelds. What if Nintendo revives those games and put them on a completely different platform like the Switch? Here are five game franchises that could very well work out:

First off, the most classic and memorable example, Star Fox. The Star Fox franchise, as said by Slash Gear, is one of the underappreciated franchises in the Nintendo Universe. Star Fox was tried again by the Wii U but it did not work out due to the confusing controls. The Switch, however, features really traditional controls and so it could work very well.

Secondly, Metroid is another option. Metroid is the futuristic game made with a 16-bit pixel which really took the hearts of many. The game did run a very good and appreciating course but it would certainly be an incredible experience to see it again on the Switch.

Next, there is F-Zero. Now F-Zero created a unique concept in its time but it was very tweaked and changed to a point where fans just lost interest. Nintendo has not done anything with the game since 2004. They could revive it on the Switch and keep it alongside the original.

The fourth choice is Golden Sun. Golden Sun is originally a handheld only franchise. However, it would be a great opportunity for Nintendo to introduce handheld gamers to console gaming.

Finally, the Earthbound franchise. Earthbound was created in 1995 and it offered this world and graphics which were similar to Pokemon. It was very underappreciated and has not been touched since 2006. Yet it remains in the hearts of the fans till this very day. It would be very nice to see this game up on Switch.

An extra bonus is Wave Race. There are rumors according to PVP Live that Nintendo might actually revive this game.

These are some pretty good options for the Switch to feature. Only time will tell which ones make it. 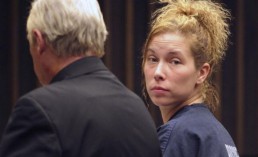