It's going to be his first Christmas as a father of two, but Ryan Gosling won't have to worry about his daughters driving him crazy with requests for presents.

The actor stopped by The Ellen Show to discuss his new movie La La Land with the talk show host, and talked a little about the family he has with Eva Mendes, which this year, will see the couple celebrating the holiday with both Esmeralda, 2, and Amada, 7 months.

"They must be excited for Christmas. I mean that's what Christmas is, for kids," DeGeneres said.

"What does she want?" DeGeneres asked.

"I don't think she understands that you can ask for something just yet," Gosling admitted. "We're kind of in...it's a real sweet spot. We can give her anything."

DeGeneres then asked what he planned to give Mendes and he decided not to say, instead sharing what he hoped to get for himself instead.

"I think we should get a roomba for my roomba. It's a little robot that cleans your house, but I feel bad for it, because it works tirelessly, and at night you know that I can hear it cleaning downstairs, and I just feel bad for it," he said. "When it's tired, it goes home and it docks itself, and it recharges. And if it hits your foot, it acts ashamed. It's complicated, and I just want to get a roomba for my roomba this year, so it has company. Put them in a room and see what happens."

However, one thing he can promise is that he won't be giving Mendes anything with his face on it-even though DeGeneres presented him with some options-including fake nails, some leggings, and a coloring book.

There was one happy ending too, of course. Gosling got what he wanted for Christmas-DeGeneres gave him a roomba with her face on it at the end of the show. 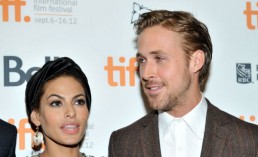 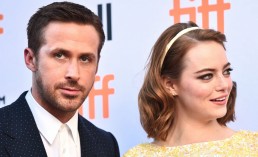 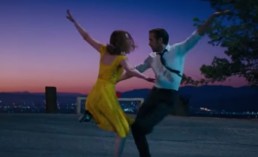