Erika Girardi and Dorit Kemsley are feuding just three episodes into the seventh season of The Real Housewives of Beverly Hills.

According to a new report, the show's two newest stars (Girardi joined the series for season six and Kemsley was brought to the show for season seven) are at odds following an awkward encounter during Monday's show in which Girardi's lack of panties became a hot topic.

"Erika was absolutely livid at Lisa for sticking her hand up her skirt," a source close to production told Radar Online on Thursday. "Dorit is extremely opinionated and the fact that she is Lisa's friend has really started a lot of drama because all of the ladies are continuing to turn on her."

"Dorit is new but she already cannot stand Erika," the insider noted. "Dorit just finds Erika to be extremely repulsive and this situation just made it a lot worse. She said that Erika has no class whatsoever and she does not even understand why she is on the show."

"Erika thinks that Dorit is getting way too big for her britches and the drama between the two is already really nasty," the source added. "Vanderpump is trying her best to stay out of it, but she can't help it because Dorit is her friend and she will always have her back."

To see more of Erika Girardi and Dorit Kemsley, tune into the upcoming episode of The Real Housewives of Beverly Hills season seven next Monday night and check out a sneak peek at the new episode below. 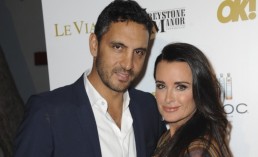 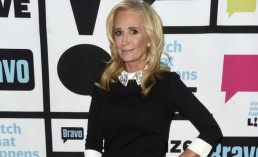 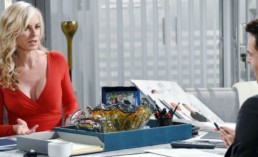 'Young and the Restless' Spoilers: Ashley & Traci Beg For Jack & Billy To Bury Their Feud For The Holidays [VIDEO]