Although the "Star Wars" movie series are notably imaginative perspectives of the galaxy under given circumstances, there are still aspects in the deep frontier that resemble the science-fiction flick. It is difficult not to relate the various celestial bodies or phenomena in space to the locations or astral behaviors included in the motion picture.

Primary on the list is Coruscant. This hi-tech domain character pretty much resembles the heavenly domain Kepler 452b.

It is interesting to know that this exoplanet is a billion and a half older than planet Earth. Considering its advanced age, it is likely that the sophistication that the Coruscant character carries with it has been based on this statistic.

Next is the giant gas domain of Bespin. Not only is this celestial entity a mainstay in the movie series. It is also a fixture in a number of science-fiction shows.

With a cloudy layer to boot due to atmospheric mining, Bespin has been featured as a hideout for Princess Leia after fleeing from the grasp of Darth Vader in "The Empire Strikes Back" episode.

Third on the list is Mustafar. It can be recalled that it is the stage where Anakin Skywalker fought and killed Obi-Wan Kenobi in the third franchise installment named "Revenge of the Sith."

Apparently, Mustafar is quite similar to the Kepler-10b and the Kepler-78b worlds. These are planets that are enshrouded with molten rocks.

On the other hand, the "Star Wars" planet Hoth is largely a portrayal of Saturn's dense moon Titan. The super cold environment features a deep fissure wherein water ice and rock are almost interchangeable. Hoth can also be related to Jupiter whose moon Europa is an ice ball with a subterranean ocean.

Tatooine comes in resembling the Kepler-16b and Kepler-453b. Luke Skywalker's home planet has an extremely high temperature considering that its deserted sphere is being warmed by a couple of suns.

Meanwhile, the exoplanet Kepler-22b closely adheres to the Kamino domain of the "Star Wars" fame. This storm-filled planet has emerged in the "Attack of the Clones" episode.

In the "Return of the Jedi" series, Endor has found fame due to the presence of the Ewoks whose rebel fronts had helped overcome the empire's campaign. What makes this celestial body interesting is the observation of the exomoon.

Scientists have seen this phenomenon in 2014 wherein an unattached planet is being orbited by a moon. What makes the validation of the event difficult can be attributed to its time-constrained emergence which allows such heavenly behavior to happen only once.

Lastly, Princess Leia's home world of Alderaan depicts a destruction that can actually happen in space as the celestial entity gets blown away by the Death Star of the Empire. This event has been observed in 2015 when NASA's Chandra X-ray Observatory captured a white dwarf star annihilating a smaller planet. 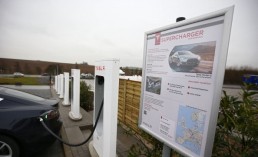 Tesla Inventions For 2017 Include The Model 3, Solar Roof And Autopilot Components [VIDEO] 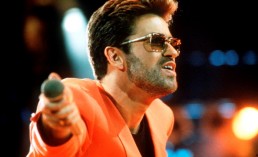 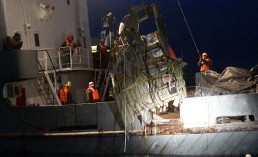