The Gwen Stefani and Blake Shelton romance is high, but her children aren't great fans of Shelton.

Gwen Stefani's elder sons, Kingston and Zuma, who are 10 years and 8 years, seem to have shifted the blame on Shelton, according to Celeb Dirty Laundry.

Gwen Stefani and her sons made a trip to Disneyland with Blake. He didn't really settle down, though, as he seemed to be completely uncomfortable due to their dislike for The Voice coach. Shelton put in some effort to get along with the two elder sons, however, they aren't hot about him. The youngest son Apollo, is warming up better, though.

Blake Shelton put in a lot of effort to cheer the youngest son on a new toy horse. It's disturbing times together, but they are making some headway, according to Perez Hilton.

Blake Shelton seems to be viwed as the villain for preventing the sons from seeing their father, Gavin Rossdale, much less since Gwen and Blake began to date a year ago. As they miss their father, they blame Shelton.

They are not too happy about their divorced parents who had been married for 13 years. It was much before Stefani found that the father was cheating with the family's nanny.

Gwen Stefani has refused to give up, and has opened her house to Blake Shelton, so that they could celebrate Christmas Eve together. He gave them a treat with a small, private show, and two of his musician friends. Stefani shared the celebrations with her fans, so that they could all view them on Snap Chat.

Even her father and siblings were part of the shared meals and holidays. Perhaps, Gwen Stefani was wishing to strengthen their relationship together, and hoping that all of them could take Blake Shelton as an adhesive force for the family. 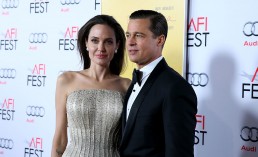 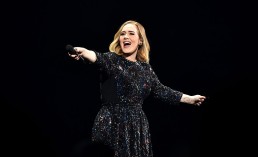