Michael Keaton is opening up about why he chose not to star in Batman Forever after finding success with the first two Batman films.

Batman is one of the roles Keaton will always be most remembered for, but returning to his iconic role for 1995's Batman Forever just wasn't an option for him. The actor revealed on The Hollywood Reporter's Awards Chatter podcast recently that he just didn't like the script and had to turn it down.

"It sucked. The script never was good. I couldn't understand why he wanted to do what he wanted to do," Keaton admitted. "I hung on for many meetings. I knew it was in trouble when [director Joel Schumacher] said, 'Why does everything have to be so dark?'"

Batman Forever is a decidedly campier film than 1989's Batman and 1992's Batman Returns, which were both directed by Tim Burton. Schumacher took things in a much more comedic direction for both Batman Forever and Batman & Robin, especially with ridiculously over-the-top villains like Jim Carrey's The Riddler, Tommy Lee Jones' Two-Face, Arnold Schwarzenegger's Mr. Freeze and Uma Thurman's Poison Ivy.

Schumacher previously revealed how he decided to have Val Kilmer become the new Batman for Batman Forever, replacing Keaton.

"Michael Keaton was going to play Bruce Wayne/Batman. That was the constant," Schumacher told The Hollywood Reporter in 2015. "I was with my friends watching 'Tombstone'. It's a terrific movie, and Val gave a really scene-stealing performance. When they were all kind of walking down the street together. I said to one of my friends, 'God, he'd make a great Batman wouldn't he?' thinking that could never transpire."

Kilmer would only star in Batman Forever, while George Clooney would take over for Batman & Robin - turning in one of the least beloved performances of his career.

Keaton's buzz diminished after leaving the franchise, but he would gain a whole new level of buzz in 2014 with his Oscar-nominated role in Birdman. Keaton played an actor hoping to be taken seriously despite being mostly known for playing a superhero, a story that largely mirrored his own career.

Keaton currently stars in The Founder, the story of McDonald's founder Ray Kroc. 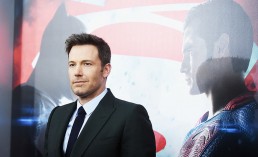 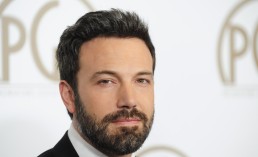 Batman Actors Through the Years: 8 Stars Who Have Taken the Role from Adam West to Ben Affleck [PHOTOS]