Olivia Munn has posted about Aaron Rodgers and his Green Bay Packers facing both on and off field "adversity."

Munn and Rodgers have had to deal with many headlines over the past week after Ed, the NFL star's father, reignited some familial tension. Rodgers' father told The New York Times that fame can "change things," in relation to Rodgers' stardom in the NFL and high-profile relationship with Munn. He also said that he wasn't sure if the tension between them had mended.

Now, Munn has taken to Instagram and while she didn't necessarily address the tension directly, she did hint at off-field difficulties.

"So proud of this team," Munn wrote, of the Green Bay Packers, who lost their NFC game to the Atlanta Falcons on Sunday. "They faced a lot of adversity on and off the fields, but battled to get this far. THANK YOU to those of you who encouraged and supported them by choosing to put out only positive energy. It helped them get this far."

It's not immediately clear if Munn is throwing in Rodgers' battles with his family among this "adversity," but it did get people talking on her Instagram feed.

Munn has been at the center of many conflicting reports lately, with some claiming she's partly to blame for Rodgers' rift with his family, and others claiming that she has nothing to do with it.

"The family says Aaron stopped talking to them, while Aaron says they don't talk because his family doesn't like Olivia," a source told Us Weekly last week.

"Olivia doesn't really have anything to do with it. This is not her issue; this is the Rodgers family issue," that source said. "Aaron has never wanted want to air this out in a public forum. He will deal with his family issues privately."

The source also noted that Munn is always their to support Rodgers no matter what.

"If and when it comes time for the family to mend fences, Olivia will be supportive of anything that Aaron chooses to do," they said. 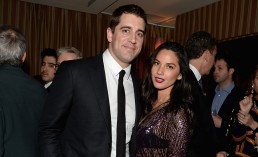 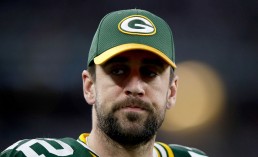 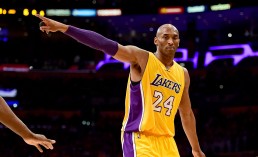