The heroic skilled archer and swordsman will be back on the big screen with "Robin Hood: Origins." However, some question the new movie adaptation of the English folklore as previous versions of the film is said to be a flopped. But, the motion picture's producer Basil Iwanyk insisted that it will be different compared to its other editions and will be inspired by "John Wick."

"The images of 'Robin Hood,' the imagery we have, the production design, the stunt work that we're doing-a lot of it was inspired by the 'John Wick' stunt work," Iwanyck, who also happened to be the producer of "John Wick," said. He also described that the things they have done with Robin Hood's bow and arrow in "Robin Hood: Origins" are the same thing they did with Keanu Reeves' gun.

Costume wise, Iwanyck proudly said that it will be far more different compared to other "Robin Hood" films. In other "Robin Hood: Origins" update, its script is going to be penned by the "King Arthur: Legend of the Sword" writer Joby Harold.

In his story, Robin Hood (Taron Egerton) will return home from the Crusades to see what happened to his hometown, Sherwood Forest. From here, he will learn that it is now tainted by the rich and powerful. Hence, he will start to build a group of outlaws called Merry Men that will face and fight these corrupt people, Slash Film reported.

"Robin Hood: Origins" will be composed of an all-star cast that will be directed by the "Peaky Blinders" director Otto Bathurst. It will have Ben Mendelson as Sheriff of Nottingham, Jamie Foxx as Little John, Eve Hewson as Maid Marian and the "Fifty Shades Darker" actor Jamie Dornan as Robin Hood's half brother Will Scarlett.

"Exempting the killer cast, I feel that it captures the adventure and the fun and the spirit of Robin Hood," Iwanyck told Collider describing "Robin Hood: Origins." The film is set to be released on March 23, 2018. 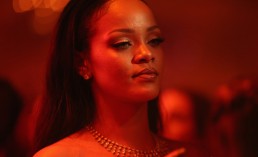