Wolverine is back on the big screen in the upcoming movie Logan. This will be the last time that Hugh Jackman will be seen as the clawed superhero. One magazine now revealed the still photos from the film giving a glimpse of the action-packed scenes fans are about to see.

The new issue of Empire Magazine revealed photo teasers from the upcoming science fiction movie. An old, tired and weary The X-Men actor can be seen on the photos together with the poorly sick Professor Xavier (Patrick Stewart).

Wolverine is trying to keep a young mutant girl named X-23 (Dafne Keen) safe against the threat of the government to her. The snaps also revealed the first look of Logan cast like Caliban (Stephen Merchant) and the evil Reavers.

In a photo obtained by Comicbook, Wolverine can be seen smoking a tobacco while wearing a formal suit but somehow looks suspicious. In another snap, the mutant nurse is wearing a handkerchief to hide his face while Dr. Zander Rice (Richard E. Grant) is dramatically standing outside the street in front of a number of lights in the middle of the night.

A group of heavily tattooed Reavers is also seen trying to get X-23 from Wolverine as they are trying to beat the Logan protagonist down. Evidently, it won't be an easy defeat for them as the young clawed superhero, whose human name is Laura Kinney, can perfectly take care of herself.

Meanwhile, in the recently revealed trailer of the movie, the film's director James Mangold said that the scene where Professor Xavier, X-23 and Logan are all inside a car is a driving image for him, Newsarama cited. "Taking heroes and putting them in normalcy - and nothing makes them more normal than to cram them into a car and make them have to deal with each other - That seemed the ultimate contradiction of what tentpole movies tend to do."

Hugh Jackman, on the other hand, described Logan as a darker version of Little Miss Sunshine. And having these three on the road, fans can expect to see a lot of violence. The movie is set to be released on March 3. 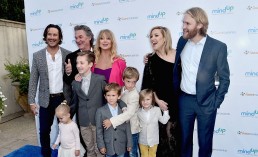 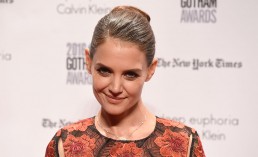