The reunion story of Christian Grey and Anastasia Steele is not that exciting as the trailer had audiences believe. The movie has not received a favourable response from critics.

"Fifty Shades Darker" is said to be possibly worse and dumber than its predecessor "Fifty Shades of Grey," reports People. The sequel starring Jamie Dornan and Dakota Johnson as Christian and Ana respectively, has the former trying hard to stick to vanilla sex while Ana finds out time to search the drawers in his private boudoir.

Much to the disappointment of viewers, the reunion is not all exciting. The chemistry between Jamie Dornan and Dakota Johnson is bereft of sparks despite the nudity and skin show. Though Johnson tries to perk up things with her dialogues, giving them shades of comedy, Dornan looks completely puzzling. "Fifty Shades Darker" commits the most punishable offense of being boring, claims Entertainment Weekly.

"Fifty Shades Darker" lacks real tension and is also deficient when it comes to the plot. The parts that could have brought thrill and suspense like the stalking Leila and the creepy Jack have not been dealt smartly. All that one can make out at the end of "Fifty Shades Darker" is that Jamie Dornan's Christian and Dakota Johnson's Ana are inexplicably drawn to each other.

Most of the critics have panned the sequel and it can be safely said that the version of James Foley fares poorly in comparison to Sam Taylor-Johnson's directorial offering. "Fifty Shades Darker" is not the enamouring erotica everyone was expecting it to be and it has a current rating of 9% on Rotten Tomatoes and most of the reviews have come from male critics. It is worth mentioning here that "Fifty Shades Darker" will be followed by "Fifty Shades Freed" and it is slated to hit theatres on Feb. 9, 2018. 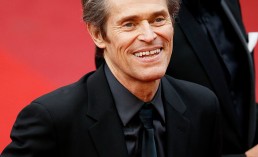 ‘Justice League:’ The Story So Far And The Possible Characters For Willem Dafoe