Apple is rumored to launch three new iPhones this year.  Apparently all of the smartphones, the iPhone 8, iPhone 7S and iPhone 7S Plus will feature wireless charging.

In the post by TechRadar, it is apparently reported late last year that the iPhone 7S and iPhone 7S Plus will also feature all-glass casings, a material that is reportedly conducive to wireless charging. Accordingly, it is likely that Apple this year will announce the arrival of trio smartphones, the 4.7-inch iPhone 7S, the 5.5-inch iPhone. The iPhone 8 meanwhile, is said to carry a number of new features to mark the iPhone's 10th anniversary, such as a curved OLED display and new sensing technology.

Apparently wireless charging according to MacRumors, increases the internal temperature of smartphones, so accordingly it is expected that the rumored iPhone 8 with an OLED display and glass casing it could be particularly prone to overheating if charged wirelessly. Seemingly, in order to prevent the device from malfunctioning due to overheating the smartphone will be fitted with a new 3D Touch module with the additional graphite sheet lamination. The extra layer of lamination apparently allows the 3D Touch module to respond to finger press even as its internal temperature rises.

Reportedly, the lamination of an additional graphite sheet is needed for better thermal control to have a steady operation. This is possible because FPCB, which is more sensitive to temperature change of the 3D touch sensor in OLED iPhone. is replaced with film. Apparently, users will not notice any difference.

It is further said in the report that Apple has tentatively decided that all the 5.5-inch, 5-inch and 4.7-inch models will have glass backs, switching from metal casings espoused by current iPhones. Seemingly, because it is still early in the development stage, Apple's plans could still be modified and probably the company could decide to scrap plans to offer three devices. 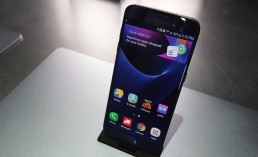 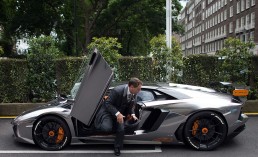