Ashton Kutcher appeared before the Foreign Relations Committee of the Senate to testify on the significance of software that can help in the campaign against modern slavery and child trafficking. Kutcher is chairman of Thorn: Digital Defenders of Children, an organization that fights human trafficking by building applicable software.

Kutcher celebrated Valentine's Day with wife Mila Kunis and had to catch a red-eye to make it for his Washington appointment. He thanked the Senate for the opportunity to speak on human trafficking, even as he talked about meeting trafficking victims from Russia, India, Mexico, New York and other parts of the United States.

"I've seen video content of a child that's the same age as mine being raped by an American man that was a sex tourist in Cambodia," Kutcher said, "and this child was so conditioned by her environment that she thought she was engaging in play."

Kutcher stressed how the software "Spotlight" helped identify more than 6,000 victims of trafficking, enhanced the law enforcement operations of 4,000 officials working in 900 agencies and reduced the investigation period by 60 percent, according to CNN.

"Spotlight" was developed by Kutcher's company and it works by sweeping the massive sex trafficking data online to make tracking easier for law enforcers. Kutcher urged the Senate to create legislations that would not only provide funding for anti-trafficking technology but would also look into helplines for trafficking victims. Senator Bob Corker, chairman of the committee, acknowledged Kutcher's work and said it was an inspirational testament on how entrepreneurs can help society.

Kutcher said people especially children have a right to pursue happines but they are stripped of this when they are raped, abused or taken by force,' according to Business Insider. The actor, who has tagged along on various FBR anti-trafficking raids, stressed the importance of fighting sexual exploitation and how it can be achieved through technology. Kutcher said technology is sometimes used to enslave children but it can also be used to disable and stop slavery. 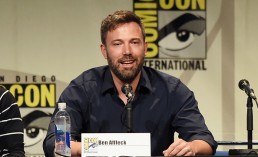 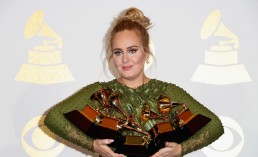