The Lego Batman Movie has already turned into one of the most popular movies of 2017, but will it have similar success at next year's Oscars?

The Lego Batman Movie is the perfect storm of factors for producers and studio executives - it has already grossed over $100 million, critic reviews are stellar and, let's face it, it's perfect for merchandising. The film has been praised for expertly spoofing Batman and his almost 80-year legacy, while also capturing the hyper whimsy and irreverence of 2014's The Lego Movie.

Here's are a few reasons we think The Lego Batman Movie has a shot of doing what The Lego Movie could not at next year's Oscar nominations, and a few reasons it doesn't:

That Dark Knight Best Picture nomination snub, the Oscars have been very friendly to Batman movies over the years. Tim Burton's Batman won an Oscar for Art Direction, Batman Returns was nominated for two Oscars, Batman Forever was nominated for three Oscars, and Batman Begins was nominated for one Oscar. Then there's The Dark Knight, which was nominated for a whopping eight Oscars, including a win for Best Supporting Actor for Heath Ledger's incredible portrayal of The Joker. Considering their history, it looks like The Academy is a fan of Batman onscreen.

The Lego Movie not being nominated at the Oscars was a pretty big deal at the time. After all, they didn't totally hate the movie - "Everything Is Awesome!" was nominated for Best Original Song! If voters remember the outrage associated with the film being snubbed, that could give The Lego Batman Movie the extra boost it needs.

Two of last year's biggest animated movies, Zootopia and Moana, are nominated for Best Animated Feature at this year's Oscars. They also received strong, positive reviews, helping boost their chances even further. These two factors combined tend to work out for animated movies at the Oscars, and if The Lego Batman Movie ends up grossing huge amounts of money in the end, it'll be hard to deny that it's not in the race.

The Academy might have snubbed The Lego Movie for a reason

The lack of a nomination for The Lego Movie, one of the biggest, most beloved films of 2014, might be a sign that the Academy just isn't into the franchise. Filmmakers behind the movies that were nominated that year have a variety of theories, including possible snob appeal (it's a movie based on a toy brand) and that voters may have thought others were already voting for it and went with other options. Perhaps voters simply aren't interested.

There's another Lego movie coming out. This year.

One factor that could sink The Lego Batman Movie's chances at the Oscars is the fact that there is another Lego-themed movie coming out in 2017: The Lego Ninjago Movie. Academy members who feel like Batman is old news may be more drawn to The Lego Ninjago Movie, which is based on a less popular franchise. If Ninjago gets even better reviews it may supplant Batman in the Oscar race, even if it makes less money.

With so many months to go before Oscar nominations are discussed, it's anyone's guess as to how The Lego Batman Movie will do, but we think the film is worthy of being in the discussion for Best Animated Feature. 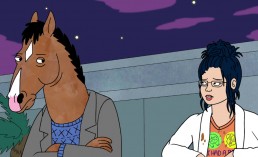 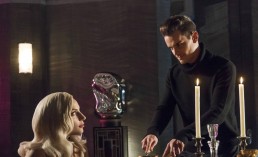 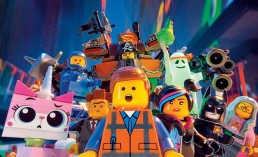