"Guardians of the Galaxy Vol. 2" is still a few months away from its awaited release date, but the news simply keeps coming for the Marvel masterpiece. The recent big name to join the star-studded is not necessarily an actor himself, but a name that many have heard through the years.

Marvel has stayed strong with their films for the past year, namely with "Captain America: Civil War" that became an instant blockbuster success. For 2017, the much-anticipated hype of "Guardians of the Galaxy Vol. 2" could very well rival that of the aforementioned-especially with another high-profile name added to the cast.

According to Loudwire, multimedia icon Rob Zombie has been confirmed of lending his voice to an unnamed character in the upcoming Marvel sequel. It was confirmed via social media, adding to the stellar cast of Chris Pratt (Starlord), Zoe Saldana (Gamora), Dave Bautista (Drax), Bradley Cooper (Rocket Racoon) and Vin Diesel (Groot) to name a few. As an interesting note, "Guardians of the Galaxy Vol. 2" is not the first time that Zombie will be lending his voice, more so with the franchise, his voice was in the first film as GPS system of the Ravagers' ship.

As per Heroic Hollywood, there may also be something else to look forward to in terms of trailers, even after two stellar releases as of late. It was said that the next up and coming trailer will be over two minutes and twenty seconds worth, presumably giving light to the designated character of Kurt Russell in "Guardians of the Galaxy Vol. 2."

Zombie directed "House of 1,000 Corpses," as well as a "Halloween" remake among others in his long list of credentials. James Gunn will be directing "Guardians of the Galaxy Vol. 2" and behind the promise of having Zombie on board, he gave his word that there will be a character named "Fitzgibbon." The movie is set to hit theaters on May 5, 2017. 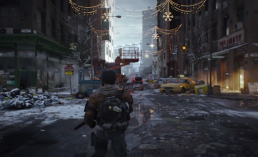 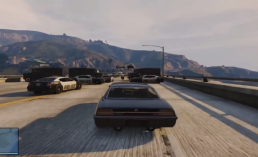 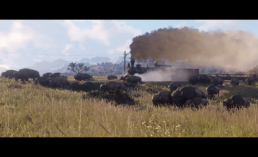