Selena Gomez and The Weeknd had quite a touching farewell scene. While leaving him in Paris for a European tour, she cried, even as she was getting ready to return to the USA.

Selena Gomez and The Weeknd had just completed a few happy days together in Paris. They had cozied up close and showed a lot of affection and care for each other, according to Mail Online. The Weeknd's ex-girlfriend, Bella Hadid, was also just a few blocks away and was living it up in her own way.

Selena Gomez and The Weeknd had a touching farewell scene. Selena had flown across the sea to tap her boyfriend, but when it was time to leave, the 24-year-old singer began to get teary-eyed. Sources confirmed that it is torturing for her to part from him. Missing him, she shed tears while flying home.

Selena Gomez and The Weeknd already make a great couple, as Selena trusts him completely, and they appear to be destined to get together again. Even though Abel had promised that she was very much on his mind, the two of them also began to fan the romance they have for each other. They are both trying to stay strong and happy in their relationship. Although she would have loved to stay with him, she did not want to be dubbed 'clingy'. She was busy with work and responsibilities. Still, the "It Ain't Me" singer was careful to attend all the concerts of the "Starboy" show, according to j-14.

At the H&M runway, Selena Gomez and The Weeknd underwent some awkward moments. Abel had run into the model Bella with her fellow models. They all covered the catwalk, but after that, Bella went off with her friends to live it up for a night out at a Parisian strip club, so that she could chill out. Bella is now headed to complete the Paris Fashion Week.

Now that Selena Gomez and The Weeknd have both left Paris, things have taken a turn. The 27-year-old Abel has pushed off to Germany, so sources say that Selena is relieved that it put him out if the circuit of his ex-girlfriend, 20-year-old Bella Hadid. 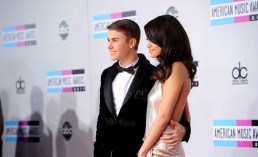 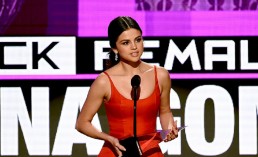