The Samsung Galaxy X which has been known as the South Korean tech giant's first foldable phone has been roaming around the rumor mills for quite some time. Now, fresh reports suggest that this top secret device will be launched in third or fourth quarter this year boasting top caliber specs.

According to Tech News Inc., there have been a lot of hearsays about the Samsung foldable smartphones which are dubbed as Samsung Galaxy X handsets. Nevertheless, it appears to be real and it might hit the market shelves soon.

The trademark does not divulge a lot of information about the Samsung Galaxy X smartphone and it seems that the South Korean tech company is doing all the efforts to keep these things as a secret. But then, despite the determination of Samsung to preserve details about the Galaxy, rumors are still surfacing online

As a matter of fact KnowYourMobile has learned that the Samsung Galaxy X might be equipped with top caliber specs just like the flagship handsets from the company. The first foldable smartphone is also believed to be fortified with Super AMOLED display. This was anticipated since Samsung already publicized its foldable AMOLED panels.

Aside from that, the Samsung Galaxy X's foldable display is rumored to split in the middle with the help of a hinge. The said pivot incorporated to the handset will make it possible for the device to fold similar to clamshell mobile phones that were unveiled in the past.

It was also predicted that the Samsung Galaxy X will be furnished with the best Samsung could offer. With this, there were talks stating that it might have internals similar to the Samsung Galaxy S8 which is the upcoming flagship handset from the tech giant.

The Samsung Galaxy X is also rumored to be engineered with either a Qualcomm Snapdragon 835 SoC or the company's much owned Exynos 8995 processor. These processors are expected to be partnered with a RAM between 4GB and 6GB memory.

As for the release date, the Samsung Galaxy X is expected to make its first appearance third or fourth quarter this year. Nonetheless, these details are just based on assumptions, thus patrons of Samsung are advised to take the aforementioned information with skepticism. 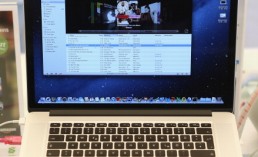