"Justice League" may have some surprises in store for the fans, and now that DC already confirmed their movie's existence, all that may be left to do is to spill details out. The team behind the flick now shows what they have been putting their backs into-one being the way that Aquaman is placed underwater.

As some may know, one of the most anticipated appearances in "Justice League" belongs to Arthur Curry, the Atlantean hero also known popularly as Aquaman. Lately, attention was further given to the water-dwelling member of the "Justice League," most especially with the complex situations that are bound to make his character authentic.

According to Comic Book, director Zack Snyder took to social media the effort they put to make Aquaman live and breathe underwater, as many have wondered if the character will be shown primarily in CG. Snyder stated that it was primarily Jason Momoa all throughout, except for the hair and environment. While he may be interesting, another revelation ascended, but for the Dark Knight himself.

As per Comic Book Movie, the director also showed a new and improved Batmobile recently, which highlighted more weaponry compared to its first outing. In terms of rumored appearances, there are those that speak of the possible utilization of the ever-powerful Darkseid.

Recent reports claimed that Darkseid will at least have a part to play in "Justice League," especially as Steppenwolf is works under him. Some suggest that he will at least be in a flashback, or could appear but not speak at all. It was speculated upon as well that there will be hints of him revealing himself as the movie ends or once Steppenwolf is defeated.

What do you think will happen to "Justice League?" The Warner Bros. flick is scheduled to show in cinemas come November 17, 2017. Keep posted for more news and updates. 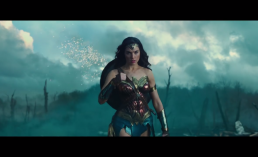 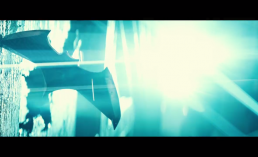 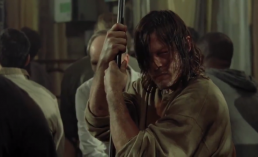