On the latest episode of "Keeping Up with the Kardashians" Season 13, Kim Kardashian tells it all about her tragic Paris robbery. This is the first time that the wife of Kanye West is going to reveal the blow-by-blow account of what really happened inside her hotel room.

Kim Kardashian admitted that she thought she will die and be raped that very moment in Paris. After the incident, the 36-year-old star has been followed by a group of guys while on the vacation. While sitting on the side of Khloe and Kourtney Kardashian, she narrated that she shared on Snapchat that everyone was out and she was all alone.

From here, Kim Kardashian believed that the perpetrators saw the opportunity to rob her. The reality star recalled that she heard footsteps, thus she called out and got no reply. Hence, she started to realize that something bad was happening.

Kim Kardashian saw two men dressed in police uniforms holding the hotel's concierge in handcuffs. She, then, heard them asking the doorkeeper her whereabouts in French. "He ended up being our interpreter because I couldn't understand them, they couldn't understand me," she said (via E! News).

The caretaker told Kim Kardashian to give her ring to the thieves, who dragged her out of the room. The socialite realized that they were armed. She thought of escaping and run to the stairs, but they could end up shooting her at her back.

Hence, the muggers took her back in the room. Kim Kardashian told the concierge to tell them to spare her life. She also thought they were going to rape her as they have put a duct tape on her mouth while the other guy held her legs. "I had no clothes on under. He pulled me toward him ... I thought, 'OK, this is the moment they're going to rape me," she said.

Fortunately, they didn't. Meanwhile, Kim Kardashian shared a series of tweets in anticipation of her revelation in "Keeping Up with the Kardashians" Season 13. The mother of Saint and North West admitted that the episode was, indeed, very hard for her, Vanity Fair reported.

Kim Kardashian believed that it was needed to tell her side of the story from her own point of view and not through an interview, where her story could possibly be edited. She also said that she was never going to hold back as it was the "most life-changing experience" for her. 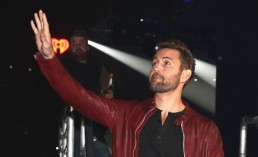 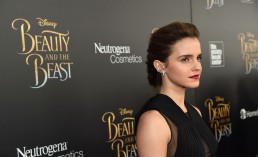