There have been various Super Saiyan transformations not seen before in the regular "Dragon Ball" franchise that was featured in the highly popular anime television series, "Dragon Ball Super." Toei Animation hasn't really been shy from adding new variations of the Super Saiyan form, which was apparent in the introduction of Goku Black's Super Saiyan Rose. However, new reports are now suggesting that there may yet be another transformation that will be featured in the show's upcoming episodes.

The red color, on the other hand, has always been tied to his Kaio-ken technique, which is why some fans have speculated that Goku may be revealing a variation of the technique at some point in the upcoming tournament, as reported by Droid Report. Whatever the case may be, Goku is expected to unveil his new form in his fight with Jiren, the strongest warrior in Universe 11.

Jiren and Goku may be the only ones left at the end of the tournament and that will likely be the time that Goku will be breaking through his limit. It also has to be noted that on "Dragon Ball Super" episode 82, Goku did hint at his hidden power when he mentions to Toppo that he was going to be showing him what he looks like when he has passed his limit, as per IGN.

When the Grand Priests heard this, he immediately stopped the fight, which could be an indication that he was able to detect Goku's power and was afraid that he could kill Toppo. During the entire fight, Goku was also constantly smiling, which may indicate that he may already know about his new form or that he knows that he is on the verge of reaching the next Super Saiyan level. 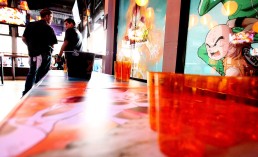 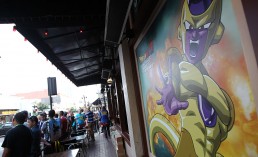 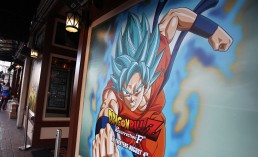