"Justice League" is still a number of months away, but there are already a handful of hints being spilled by Warner Bros. and DC all over the place. Some of them cordially come from the director himself, action master Zack Snyder.

According to Comic Book, the cinematic rendition of "Justice League" highlights the heroes that many DC fans have grown to love from the animated series of the same title. Many know the rich and influential Bruce Wayne or Batman, the Amazon fighter Diana Prince or Wonder Woman, the accidental superhero speedster Barry Allen or The Flash and the Atlantean powerhouse Arthur Curry or Aquaman -- but not many know of Cyborg, Victor Stone, especially his in-depth history.

Snyder, the brains behind the past DC and Warner Bros. films "Man of Steel" and "Batman v Superman: Dawn of Justice," explained that "Justice League" on its own is already made up of interesting elements. The Flash, able to hide his alter-ego freely as Barry Allen with an ample degree of comic relief and Arthur Curry being the godly being to look up to have less problems compared to Victor Stone, who has nearly ¾ of his body covered in steel. Snyder believes that the back story of Cyborg will be the "heart" of the film, supposedly figuratively and literally, because of the tragedy he faced leading to such fate.

The last "Justice League" trailer not only showed the team uniting, but also how these metahumans have their own adversities to deal with, most particularly with their personal lives. As aforesaid, Victor Stone has to face quite the problem, given that he can no longer get back to his own life. Nonetheless, it is expected that the half-man, half-machine hero will get his well-deserved recognition soon when the movie airs on Nov. 16, 2017. 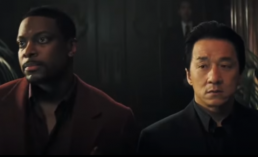 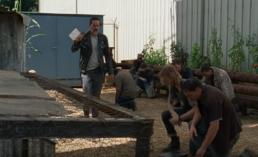 'The Walking Dead' Show Could Last Many More Years, Says Team; Comic Could be Followed All The Way? 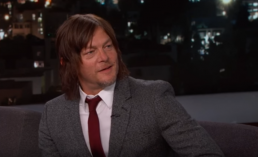