Katy Perry and Orlando Bloom split has been amicable and it seems like the two ex-lovers have managed to move on from their past relationship in just a short span of time. While Bloom was reportedly seen canoodling and flirting with other women just weeks after the split, reports that Katy Perry and John Mayer plan on getting back together.

Meanwhile, there are also reports that a new hot dad is pursuing the "Chained To The Rhythm" singer after Katy Perry and Orlando Bloom split. According to Daily Mail, Katy Perry and Ryan Phillippe were seen flirting with each other during Elton John's 70th birthday bash.

As of writing, it is still unclear whether the flirting led to something more serious or if it was simple banter between two attractive and single celebrities. Sources close to the "Roar" singer did not take the said flirting incident seriously, as Katy Perry and Orlando Bloom split is still considered as relatively fresh.

If anything, Perry and Phillippe's possible romance might be a fresh pairing in Hollywood. Ryan Phillippe was previously married to Reese Witherspoon and they also have a daughter named Ava. As of writing, Katy Perry's reps have yet to comment on who the "California Girls" singer is really dating as of the moment.

It can be remembered that John Mayer has recently revealed that he has written a song for his ex-girlfriend entitled "Still Feel Like Your Man." According to E! Online, the "Free Fallin'" singer openly admitted that he was thinking of Katy Perry while writing the song. However, some skeptics claim that Mayer might only be using Perry to gain popularity and to be talked about as part of the promotion of his new album.

Who do you think is better for Katy Perry - John Mayer or Ryan Phillippe? Share your thoughts in the comments section below! 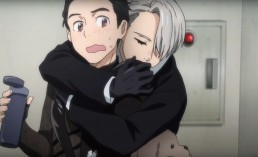 'Yuri On Ice' Season 2 Air Date Confirmed; Yuri Might Look For A New Coach, Romance With Viktor Levels Up 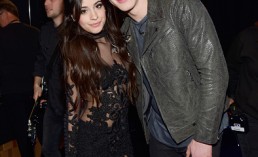