Couple video blogger, 'DaddyOFive' and 'MommyOFive' issued a public apology on their YouTube channel after the video showing their son slapping their daughter went viral and gained negative impact throughout social media.

The video, which has now been deleted on YouTube, was uploaded on Saturday and was initially part of the prank video content that the vlogger couple has been uploading publicly on their channel. The couple's children were shown playing the game bottle flip on the video. When their daughter was not able to land the bottle on the surface upright, the punishment, which was a slap in the face, was done by the son to his sister, which resulted for the girl to clutch her hurt face.

Before that, their father was also heard in the video encouraging his son to slap her daughter, saying that boys are not supposed to hit girls, but because she is his sister then she was an exemption. After it was uploaded, their subscribers and other people who viewed it began to criticize them and accused them of child abuse. According to The Sun, the couple, who go by the name of Michael and Heather Martin, had denied the accusations, saying that their videos are scripted and some of the ideas are planned by the children themselves.

The public backlash, however, continued which made them decide to completely delete their previously uploaded videos, leaving one new video, which is a public apology to all their subscribers and the people who have watched their controversial prank video. Heather Martin or 'MommyOFive' shared that it was one of the most emotional and upsetting week of their lives and revealed that they have experienced a crisis as a consequence of their actions.

The couple then continued and apologized for their behavior online and the way they treat their five children. The emotional couple vowed that they will make things right regarding their parenting decisions. Meanwhile, Frederick County Sheriff's Office Major Tim Clark and other representatives from the local authority have revealed that they are going to look every aspect of the video to find out what lapses have the couple made and to look if there are any crimes done. 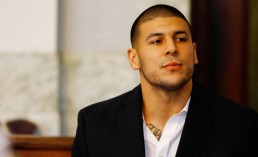 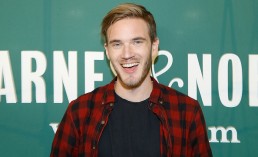 PewDiePie promises no more offensive jokes on his Youtube videos