Before one even begins to talk about what he is doing, a little scaling is in order. PewDiePie is the biggest ever YouTuber in the history of YouTube. He not only breaks all youtube records, but he breaks all records for being an internet celebrity as well. He has 49.6 Million Subscribers and no one even comes close to that.

A few days ago PewDiePie, or Felix uploaded a video titled that he will delete his channel once he reaches the 50 Million Milestone, on his YouTube Channel. The video is now currently at 10 Million views. So what is this fuss all about?

The main issue here is Youtube itself. Felix has made many videos about the issues he has with Youtube. He personally feels that youtube is hiding things from their content creators and are trying a more authoritative approach to running youtube rather than using a democratic approach.

Felix, along with many other big youtubers all think that content creators are the life source of the site. They all have complains about YouTube currently having many issues. Sometimes they delete inactive accounts and once he lost over 100,000 subscribers suddenly. Other times he complains that Youtube involuntarily unsubscribed him from channels he watches.

Another issue by Metro is that many people's subscriptions do not appear on the home page and are only there on the sidebar button called "Subscribed". They complain that channels are becoming big just because they are using "Click Bait" titles with good thumbnails and taking all the glory.

Felix personally believes that he especially is trying to be downed by YouTube for many reasons. First, he is the most subscribed YouTuber, he complains a lot, his content is not family friendly, and he has had issues with YouTube in the past before.

Therefore he mentioned that once his channel reaches the biggest milestone that will ever happen in YouTube for many years to come, him reaching 50 million subscribers, he is going to delete the "PewDiePie" channel and start a new one.

Good news is that he will still continue to work on YouTube. He will just delete his current channel. 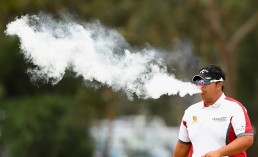 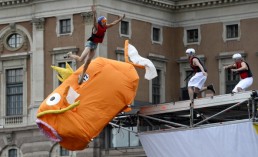 A Pokemon Formula: How Can Magikarp Win Any Pokemon Game In Three Ways [VIDEO] 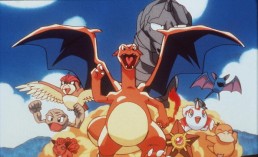 'Pokemon Sun and Moon' Update: Why Elite Four Battle Is Out Of This World! [VIDEO]