While Tiny appears to be the tough one in her on-and-off relationship with her husband, rapper T.I., word is she's getting weak as T.I. goes back-and-forth about if he really wants to reconcile.

"T.I. has been hooking up with Tiny now and then and it just ends up hurting her," an insider told Hollywood Life on Tuesday. "He comes back, acts like he's back in love with her and then he suddenly goes cold on her again. It's torture. She wants him to stop playing games and be the husband he used to be, but everyone is telling her that's never going to happen."

Tiny made headlines when she filed for divorce from T.I. late last year. Since then, their possible temporary breakup played out on their former VH1 hit reality series, T.I. & Tiny: The Family Hustle. Now, rumors have spread that the two are thinking about getting back together again after they were seen getting close within the last couple of weeks.

"It would honestly be better if they just cut each other off cold turkey rather than dragging this divorce out," the insider added. "Until one of them does she's still holding out hope he will change and come back to her for good."

Another source confirmed with the publication that Tiny is having a hard time letting go of her marriage to the rapper.

"Tiny has been crying in bed over the divorce pushing forward and being so back-and-forth with T.I.," another source said earlier this month. "Breaking up with T.I. has been the hardest thing in her life. She loves him so much and is confused by his mixed signals. She hates that they are so off and on. One day she gets a letter from his attorney pushing the divorce forward and the next day he is surprising her by joining her on stage. She is hurt, angry, frustrated and confused by the whole situation."

No updates on when their divorce will be final. Be sure to keep up with Enstars for the latest. 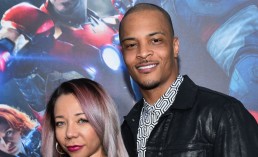 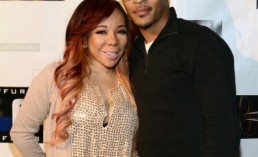