Latest updates in the Chis Pratt and Anna Faris divorce claimed that the former couple is currently receiving counseling as well as couple therapy. A source revealed that they decided to do this for the sake of their 5-year-old son, Jack.

In order to develop the best possible co-parenting situation for their son as he is moving forward, USA Online News claimed that Chris and Anna are determined to undergo this process. The source added that the ex-couple are busy with the couple's counseling at the moment which is what every couple would do if they want a divorce and there are kids involved.

Despite the process that Pratt and Faris are undergoing at the moment, the source further claimed that this will not change the status of their divorce announcement but this will be beneficial with their future co-parenting. But for the fans of the ex-couple, they are said to be holding out hope in case the two will reconcile in the end.

However, some sources and reports claimed that fans should stop getting their hopes up since it is very unlikely that Pratt and Faris will soon reconcile. Even if the source said that there is still love between the two, Chris and Anna chose to separate for the sake of their son.

Previous reports claimed that the reason for the controversial split was due to Pratt's skyrocketing fame which might be very difficult to handle for Faris. Besides, it was claimed that their differing schedules were also one of the factors for the sudden split.

Moreover, PEOPLE reported that several details were revealed after the announcement of the divorce claiming that Chris and Anna's work separations have taken a toll on their marriage. With that, it seems like their relationship can be fixed enough to work at the moment. Speaking of his fame, Chris is in demand now and he is expected to continue to travel around the world which results in keeping them apart.

It can be recalled that Pratt and Faris announce their divorce on social media last August 6 after 8 years of marriage. Then the actor made his first appearance after the announcement just this month at the 2017 Teen Choice Awards. 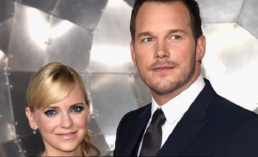 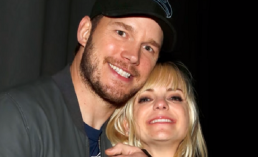