Bella Hadid just confirmed that she's back for another fashion show of Victoria's Secret which reports claimed will be held in Shanghai this year. The social media star and the model will make a return to the runway as she shared the news on her Instagram account.

In the caption of her Instagram post, PEOPLE reported that Bella said that she feels so crazy humbled to get the chance to be part of this fashion show for the second time. He accompanied this caption with a photo of herself wearing a black bra and the city skyline in the background.

Bella also added how she felt happy, honored, and healthy while walking into the offices this year. As she can't already wait for another incredible experience, the model also took the chance to congratulate the other ladies she will be walking beside during the 2017 Victoria's Secret Fashion Show.

It can be recalled that Hadid made her first appearance at the televised fashion show last 2016 wherein she also rocked the runway with her supermodel sister Gigi Hadid and her friend Kendall Jenner. This time, neither Gigi nor Kendall has confirmed her 2017 return in the said popular fashion show.

Aside from her debut appearance last 2016, one noteworthy participant in last year's fashion show was The Weeknd. It can be recalled that Hadid had split from the singer shortly prior to strutting the runway wearing metallic lingerie plus sky-high black heels. The singer also performed during the said 2017 Victoria's Fashion Show.

After their split, according to WWD, Bella even shared on one of her interviews that The Weeknd is an amazing person. She then added that he's going to kill his performance and it was already his second year so he was completely aware of what he's doing. The model simply admired her ex-boyfriend that time even they broke up prior to the show.

With the latest report, it was confirmed that Bella will be walking the runway of the 2017 Victoria's Secret Fashion Show with veteran Angels namely, Alessandra Ambrosio, Candice Swanepoel who will make her return after giving birth to her son last 2016, Lily Aldridge, and Adriana Lima. But even if she's already perfected the proper facial expressions as well as right movements for the runway, she knows she still had some preparations to do. 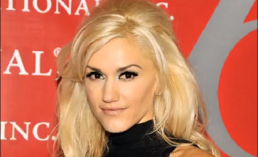 Gwen Stefani Offered To Judge In “American Idol” After Leaving ‘The Voice’: Shares Her Kids Are Not Interested In Her Career 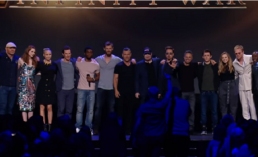