According to a new report, Pitt and Purnell have been recently linked to one another romantically but when it comes to what's really going on between them, an insider claims their relationship is strictly professional.

“By all accounts Brad’s not dating Ella,” a source told Hollywood Life on October 22. “Sure, he admires her work and there’s no denying she’s gorgeous, but everyone around him is saying there’s no truth to this story of them dating.”

Immediately after news broke of Pitt and Purnell's alleged romance, an insider told Hollywood Life that Jolie, who split from Pitt last September, was furious.

“Angelina’s heard the buzz about him being interested in this actress and it’s not sitting well with her,” a source revealed. “The girl is so young, she’s barely in her twenties for heaven’s sake. She’s been assured by a number of people that there’s nothing to the rumors but it’s still got her pretty upset. The age gap is the biggest factor. She’d be incredibly disappointed in Brad if he went down that road.”

“They still have friends in common and she quizzes them for info," another insider said. "She knows Brad’s ready to start dating again. It’s a hard pill for her to swallow and that’s got her wanting to do the same. She’s very competitive and hates the idea of him beating her to the punch. Plus it drives her crazy that he’s emotionally moved on, since she really hasn’t.” 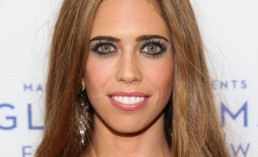