Selena Gomez and Justin Bieber appear to be on the verge of getting back together once again.

Earlier this month, the former couple began spending time with one another in L.A. as Gomez's boyfriend, The Weeknd, tended to his tour around the country. Then, a short time later, as many fans anticipated, Gomez and The Weeknd parted ways.

While Gomez and Bieber still haven't confirmed that they are back on, many fans suspect that history will soon repeat itself. On Oct. 30, an insider told Us Weekly magazine that a reconciliation was a real possibility for the young singers.

“The ball is in Selena’s court right now,” a source close to Gomez revealed. “She was happy with The Weeknd but Justin always has the biggest piece of her heart."

Gomez and Bieber went public with their relationship in 2010 and continued to date until 2012. Since then, they have sparked rumors of reunions on numerous occasions.

Although Gomez may be at odds when it comes to taking her ex-boyfriend back, a second source said that Bieber is completely on board with getting back with Gomez and has allegedly been texting her nonstop and spending time with her whenever possible.

“Selena insisted that they were just friends and that The Weeknd had nothing to worry about, but she can’t deny that she still loves Justin," the insider said. "He had such a big piece of her heart and was such a huge part of her life for so long. She can’t just let him go.”

The first insider went on to tell the magazine that while Gomez was happy while dating The Weeknd, Bieber has always had her heart and has always been her true love. So, after rekindling their friendship after Gomez's kidney transplant earlier this year, they decided to leave their past in the past and move on with a more mature relationship.

“It’s definitely a possibility that they could get back together,” the first source adds. “It’ll be a long situation and there wont be a decision made tomorrow, and It’ll be a lot of back and forth, but ultimately, they’re friends think it will end up in that direction.”

Gomez and The Weeknd's split was confirmed by Us Weekly magazine on Monday, just one day after Gomez and Bieber enjoyed a breakfast date and visit to a local church. 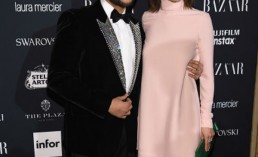 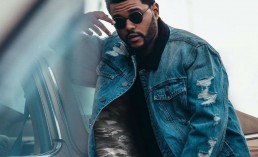 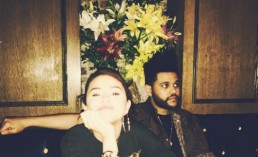 Selena Gomez And Justin Bieber Have Breakfast, Will She Be Dumped By The Weeknd?