Gretchen Rossi and Slade Smiley have been engaged for four years but so far, they haven't wed.

Years after Rossi asked Smiley to marry her during a dramatic rooftop proposal at the AT&T building in Los Angeles on The Real Housewives of Orange County season eight, fans are wondering if a wedding will ever happen between them.

On Oct. 31, Life & Style magazine shared the latest developments in the couple's relationship, revealing that the former reality stars have expressed interest in welcoming a child together before tying the knot. In fact, just recently on Instagram, Rossi hinted that she was experiencing baby fever when she shared an image of her fiance holding an infant.

"Melts my [heart] every time I see Slade with a baby or a kid....they all just adore him too," she wrote.

Around this time last year, Rossi confirmed that her wedding with Smiley remained on hold as they further considered the possibility of starting a family with one another.

“Right now, our focus is really on trying to have a baby of our own…” Rossi told People magazine at the time. “Until we kind of get some of those things figured out, I think it doesn’t feel right to spend $200,000 on a wedding right this minute.”

Rossi and Smiley began dating several years ago after Smiley engaged in a couple of relationships with other Real Housewives of Orange County stars, including Jo De La Rosa, who was part of the show's original cast, and Lauri Peterson, who appeared on the show for a few seasons.

Continuing on to People magazine, Rossi said that she and Smiley don't feel like they need a piece of paper to confirm their love and commitment for one another.

“The truth is that Slade and I already feel married and we’re in a very committed relationship as if we were married, and so it’s not something that we feel like we have to have a marriage certificate to qualify our love for each other.”

As fans of The Real Housewives of Orange County will recall, Rossi was brought to the show during its fourth season when she was engaged to her late fiance Jeff. Then, after season eight, Rossi left the show to pursue other business opportunities.

While Rossi no longer appears on The Real Housewives of Orange County in a full-time role, she was featured in a guest-starring role during the show's currently airing 12th season. 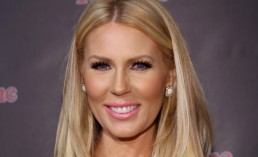 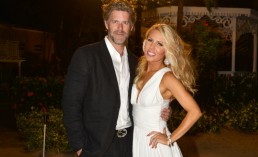 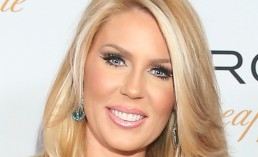