There has been a great deal of speculation surrounding Prince Harry and girlfriend Meghan Markle's imminent engagement for quite some time now.

Many have been waiting for the prince to get down on one knee and propose marriage to his ladylove ever since the rumors started doing the rounds but it seems like the royal fans will have a wait a little longer.

A royal insider claims that the couple will not be getting engaged until the Duke and Duchess of Cambridge welcome their third child.

"There won't be any announcement until at least after Kate has had her baby in April," a source from the Kensington palace told The Daily Beast. The insider also added that Harry, 33, and Markle, 36, might want to spend at least a year living together before they take the plunge. After all, they've only been dating each other for a year and a half.

There's no denying that things are getting pretty serious between the prince and the Suits actress. The couple was spotted kissing last month and also made their first public appearance together at the Invictus Games in September. The Toronto-based actress also attended the closing ceremony of the event with her mother Doria in tow.

There are also rumors claiming that Markle will be leaving Suits after wrapping up filming for the legal drama's seventh season and is reportedly planning to move to the United Kingdom in order to stay close to Harry and spend more time with him.

Over the last few weeks, sources from the palace and ex-staff members of the royal family have offered their insight on when the couple is likely to announce their engagement.

Darren McGrady, who served Princess Diana and her two sons as a chef, has placed his bets on December.

"November is the Queen and Prince Philip's platinum wedding anniversary so they can't trump that..." he told Hello! Magazine. "Whereas December they can announce the engagement and they'd be free to marry next year; I think that's what's going to happen."

However, a December announcement seems less likely given that it would coincide with The Queen's well-laid Christmas plans.

Meanwhile, royal biographer Penny Juror told the publication that the longer the couple takes to get engaged, the more doubts it leads to. She added that Markle's biological clock is also ticking so if they intend to get married to each other and have children, they need to tie the knot sooner rather than later. 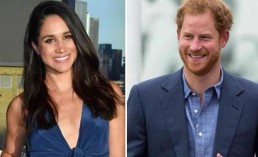