Meghan Markle just spoke publicly about her relationship with Prince Harry and this was the first time the actress talked about the romance. Because of this, it fueled the speculation that the two are heading for an engagement soon and Meghan will automatically receive a royal title once she marries Harry.

According to PopSugar, the moment Markle marries Harry, some people were clueless if she becomes a princess or she gets the title, "Princess Meghan". Some reports claimed that this title is only given to those born of royal blood and to wives and children of the heirs to the throne.

When she was interviewed recently, Markle said that she and Harry are really happy and so in love and revealed also that they have been dating since July 2016, four months after the relationship became public. Since then, the actress became the subject of racist abuse.

Apart from that revelation, the "Suits" actress also claimed that her relationship with Harry has its challenges and it actually comes in waves. But despite this, she is still thankful since she has this support system all around her and not to forget the support of her boyfriend.

Then she added that there will come a time that she and Harry will come forward and present themselves and tell their stories. Then she asked for people's understanding that this is their time, this is for them and this makes the romance special for the two of them.

If Meghan marries Harry in the future, she could become a princess by marriage but she would not be entitled to be named as Princess Meghan. To have the title put before first names are reserved only for women who are born into the Royal Family. With this, as Princess Charlotte is a princess because of the royal status of his father, Princess Diana was actually Diana, Princess of Wales.

Moreover, according to Express, for Markle, if she were to marry Harry, she will take the feminine version of his title and will be called as HRH Princess Henry of Wales. Then if Harry will be made Duke after marrying her, she would also become a Duchess.

For some royal historians, there is a possibility that Prince Harry will be created the Duke of Sussex by Queen Elizabeth on his wedding day. In this case, Meghan will become HRH the Duchess of Sussex. 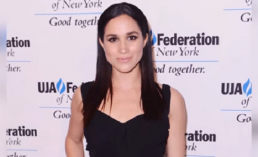 Meghan Markle Reveals Who Influences Her To Become A Powerful Inspiration