The marital woes of Jackie Walters of Bravo’s Married To Medicine have been a major focus of the show since her husband, Curtis Berry, was spotted with another woman just weeks before taping began. Now, Walters has opened up about how long it took for her to file for divorce and where and Berry currently stands.

Walters stopped by the network’s late-night talk show, Watch What Happens Live, on Sunday and revealed it only took her three days to file for divorce from Berry. She added that all of her co-stars from the show have been by her side and helped her out in some type of capacity during her public issue. She credited her friend, Simone Whitmore, and Heavenly Kimes as the ones who have helped her out greatly.

Whitmore and Walters’ friendship goes way beyond reality television as the ladies have been friends for more than two decades. As for Kimes, fans who tune in to the series consistently know that she and Walters have had their ups and downs but always find a way to get back into each other’s good graces.

“Strong people need strong people,” Walters responded when host Andy Cohen pointed out that she is typically the one who the cast members go to for help. It’s no secret the tables have turned this season as the ladies come to Walters’ aid amid her marriage issues. See the clip here.

In the season opener for the show, Walters addressed photos of Berry and another woman that had made their way around the Internet, just three weeks before cameras started rolling for the latest episodes. All of the cast members were there for Walters in their own way. But many of them couldn’t question their respective husbands as they said if Berry could cheat then anyone could, considering he was always known as the good guy of the group.

In the follow-up episode, things got even worse as the woman who Berry was seen with spoke out in a telling interview and revealed intimate and drastic details of her encounters with Berry.

In the most recent episode, Walters decided to put the drama behind her and tap into one of her passions for fitness. She hosted an event with her new business called FITNI (Fit Is The New In) and while drama erupted, it didn’t have anything to do with her and Berry.

In an interview with The Daily Dish on Friday, she is still not sure if she wants to go through with the divorce yet.

"That is the hard part of healing from infidelity is just figuring out what is right for you. And I can't say that I've figured it all out," Walters said. I cannot say I know what's right for me, because again with the airing of the show, it's reliving what we've already shared."

Married To Medicine airs Fridays on Bravo at 8/7c. Be sure to keep up with Enstars for the latest. 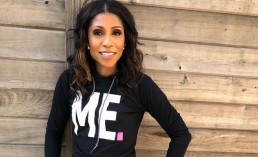 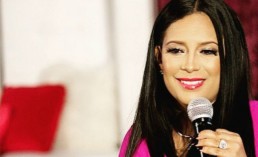 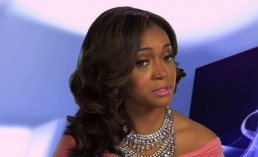