It looks like Dana Isaiah, husband of singer Jordin Sparks, has a few words for critics of their marriage and pregnancy.

Isaiah took to Instagram to address the couple’s haters and those who are against them.

He took to Instagram amid news that he and Sparks are expecting a baby boy. The announcement came just after it was revealed that he and the singer eloped back in July. The two received lots of support and criticism when the news of the wedding and pregnancy was made public earlier this month.

Isaiah shared a snapshot of he and Sparks together over the weekend. He said that it is better to stay quiet in situations when people want them to be livid and respond as such. He then shared a message for their son.

“…You will be welcomed into this world with nothing but love from the people that matter. There will always be haters get used to it now. Just know your parents and family got you! Always be unapologetically YOU! #kanyeshrug”

How beautiful it is to remain silent when someone expects you to be enraged. Son, you will be welcomed into this world with nothing but love from the people that matter. There will always be haters get used to it now. Just know your parents and family got you! Always be unapologetically YOU! #kanyeshrug

Interestingly enough, this isn’t the first time Isaiah subtly addressed he and Sparks’ critics on social media. He uploaded a snapshot of he and Sparks’ close friends on Instagram just a couple of days before. He thanked them for their support and labeled them “the real ones in our corner!”

Shoutout to the real ones in our corner! You are appreciated! sorry to those who didn’t make the group picture lol blame the camera guy!* A post shared by Dana Isaiah (@_danaisaiah) on Nov 21, 2017 at 2:55pm PST

Inside Jordin Sparks and Dana Isaiah's Wedding And Pregnancy

Sparks shared the details of her relationship and marriage with Isaiah during an interview with PEOPLE that hit the internet on Nov. 14. In the issue, she revealed that the two tied the knot in mid-July in a private ceremony in Hawaii. They both said they found out they were expecting their first child together about a month later.

The two met after Sparks was introduced to Isaiah’s family over Super Bowl weekend. Interestingly enough, Isaiah’s mother thought it would be a good idea for him and Sparks to meet.

At that time, Isaiah had hopes of moving to Los Angeles and his mother hoped Sparks could stop him. Instead, the two talked daily and met in person during Easter weekend. Their romance went pretty quickly as they tied the knot just months later.

Fans have critiqued the romance but it might be safe to say both Sparks and Isaiah are unbothered. 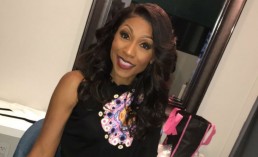 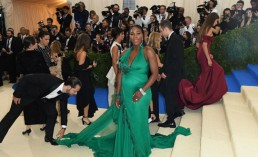 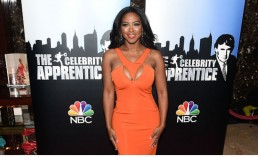