This year's Victoria's Secret Fashion Show aired on CBS on Tuesday, Nov. 28, and hit its worst TV ratings of all time.

The retail chain's annual showcase of supermodels strutting holiday-themed lingerie on the ramp was held in Shanghai, China, on Nov. 20, but the show failed to resonate with audiences.

Much like Ming Xi took a tumble on stage, the Victoria's Secret Fashion Show also fell in ratings to an all-time low in the key demographic and total number of viewers.

After posting worrying numbers last year, the lingerie brand's showcase averaged a 1.5 rating among adults in the 18 to 49 age range this year. The ratings dipped nearly 30 percent when compared with last year's numbers.

When it comes to total viewership, the show suffered a 32 percent drop in ratings from the previous year, after drawing just under five million viewers. However, the decline in numbers does not come as a surprise as it became somewhat of a trend for the annual event over the last few years.

Fashion Show Affected By 'This Is Us' Finale?

It's possible that the Victoria's Secret Fashion Show may have taken a hit in ratings owing to the popular series, This Is Us. The NBC drama, which is the network's highest-rated series, aired its winter finale on Tuesday night. The show recorded a 2.7 rating among adults aged between 18-49 among 10.8 million viewers.

The 2017 Victoria's Secret Fashion Show saw the likes of Bella Hadid, Adriana Lima, Alessandra Ambrosio, and Karlie Kloss walking the runway but Bella's sister Gigi Hadid was not in the star-studded line-up.

Less than two weeks ago, Gigi announced on social media that she will not be traveling to Shanghai with her sister and her fellow Victoria's Secret Angels for the annual showcase.

Although Gigi did not mention the reason behind her absence, it was later reported that the supermodel was denied a Chinese visa along with four other models; Julia Belyakova, Kate Grigorieva and Irina Sharipova from Russia and Dasha Khlystun from Ukraine.

Gigi was reportedly denied entry into the country after angering the Chinese masses with a social media post she shared in February. The Instagram story, shared on Bella's account, showed Gigi holding up a chocolate dessert in the shape of a sumo wrestler's face next to her face, and mimicking the expression by squinting her eyes. 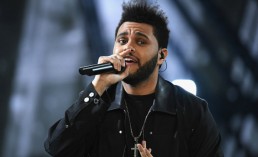 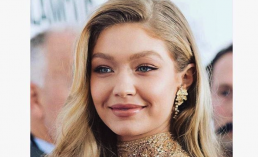 Gigi Hadid Not Walking On Victoria's Secret Fashion Show In China: Is It Because Of Her Racist Comments?