It was only a matter of time before Prince Harry and Meghan Markle’s previous partners or indecorous family members came forward with stories about the newly engaged couple's personal lives.

Case and point, Markle’s paternal half-sister, Samantha Grant, who is 17 years older than the actress, is reportedly writing a tell-all memoir.

Titled The Diary Of Princess Pushy’s Sister, the book is set to highlight how the two sisters’ relationship dwindle once Grant got diagnosed with multiple sclerosis. Providr reports that Grant was also an actress and even a model. However, her career came to a halt once the dilapidating disease left her to be wheelchair bound.

When she became disabled, Grant claims Markle became distant and never mentioned her during interviews.

“I didn’t feel a separation from her until I was in a wheelchair. The more high profile she became, she never mentioned me,” she alleges. However, when her statement went public, Grant later retracted it.

Despite renouncing the latter, Grant did another interview, citing that her tell-all book will also be based on how she and Markle’s family navigated the Civil Rights Era as an interracial family. She doesn’t quite explain why the title of the memoir defines her sister as “pushy,” especially since the book isn't about Markle in totality.

“First of all, it’s only a tell-all in that I go through and recant some of the beautiful nuances of our lives, our family home,” she told Good Morning Britain.

“But more importantly it has to do with the inter-racial evolution of this country through the lens of my life and my family since the Civil Rights Act until present, and how that intersects with this recent event with my sister, you know, my feelings about it, my family’s feelings about it and how sad it was going through it all. But it’s more of a beautiful, warm, witty story of our lives and my life,” she continued noting the United States's race relations.

Since the Royal Couple announced their engagement, Grant spends her days answering questions the press may have about Markle or their family. Most recently, she was seen denouncing her and Markle’s brother, Tom Junior. Junior has interviewed with a variety of outlets, speaking out about their father and why he keeps a low profile.

Grant, however, claims Junior has been disowned by their family for years due to his drug and alcohol addiction.

“My brother is a lowlife for talking my uncle into giving up my father's whereabouts! Both of them are now disowned! Nice sellout you losers! Daily Mail you are all scumbags for doing this! Ruth Styles is a liar! If my dad suffers you are being sued,” Grant tweeted about her family members, telling the press about Markle’s father’s whereabouts.

Although Grant says her brother cannot be trusted, she also wrote in her Twitter Bio that she is a “blabbermouth.” 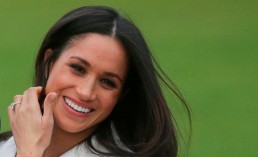 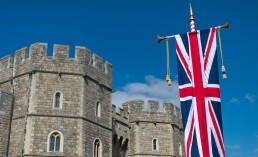 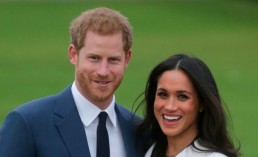 What's In Store For Prince Harry And Meghan Markle’s Wedding?