Seven members of the Rolling Stone staff have compiled 50 of the most significant songs that played an essential part of 2017.

Four music legends made the countdown. U2's "Lights Of Home" was the only song by a veteran recording artist or group that made the Rolling Stone's Top Ten. Fleetwood Mac's Lindsey Buckingham and Christine McVie's "In My World" was named the 37th best song of 2017. Outlaw country music icon Willie Nelson's "Delete and Fast Forward" peaked at number 47 on the countdown.

Many Top 40 favorites found themselves in the middle of Rolling Stone's Top 50 list. Luis Fonsi and Daddy Yankee's hit collaboration with Justin Bieber "Despacito" broke all of YouTube's records and was placed at number seven on the list. Bieber's on again-off again girlfriend Selena Gomez's "Bad Liar" made it to number 11 on the countdown. The music video of number 12's occupant, Ed Sheeran's "Shape of You," had over 2.8 billion views on YouTube. Taylor Swift's "Call It What You Want," which she co-penned with Jack Antonoff, rounded out the Top 20. Thanks to Nicki Minaj's assistance, Fergie's "You Already Know," received number 40 on the Rolling Stone's list. Meanwhile, The Voice coach Miley Cyrus's acoustic torch song "Malibu" placed in the lower end of the countdown. Carly Rae Jepsen's comeback song "Cut to the Feeling" placed number 44 on the list.

For the first time in years, the music magazine has named dozens of rising musical acts to the list. J. Balvin and Willy William's peppy track "Mi Gente," made it to number 29. Rapper Lil Yachty's team up with music producer extraordinaire Diplo, "Forever Young," placed at number 33 on the countdown. Breakout songbird Dua Lipa's fiery collaboration with Miguel, "Lost in Your Light" found itself at number 34 and Canadian alternative R&B duo DVSN's "Mood" placed at number 36. 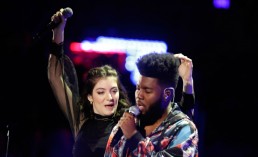 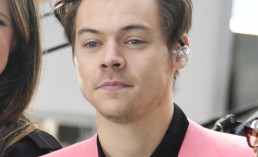 Harry Styles On Going Solo For His New Album: 'I Just Realized That I Found Writing To Be Very Therapeutic' 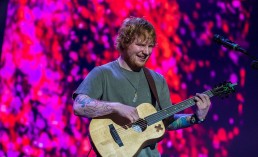