Holmes, 38, was dressed in a casual white long-sleeved top and jeans, while Suri wore a black star-patterned dress and navy blue leggings.

The First Daughter star introduced the final performance of the night, which was by Swift. Holmes revealed that she and her daughter are huge fans of the singer.

"She's one of our favorite performers and who is it tonight?" said Holmes.

Swift performed a series of songs at the Jingle Ball. She even asked her good friend, Ed Sheeran, to join her on stage. They sang their duet, "End Game," in front of the massive crowd.

Suri's dad didn't accompany her and her mom to the event since the couple has already divorced after five years of being together. The actress has since moved on from her estranged husband and is now rumored to be dating Jamie Foxx.

In September, Holmes and Foxx were seen walking hand in hand in Malibu. Speculations about their relationship have existed for the past couple of years.

Two years ago, a source said that Holmes and Foxx are just enjoying each other's company, but their relationship isn't getting serious.

"Jamie and Katie are friends and have been for a long time. They are two adults who are attractive and single, and so apparently conclusions will be drawn. But contrary to those conclusions, they're not about to run off and make some serious commitment," said the source.

Foxx has also spent time with Holmes' daughter a couple of times. In August, the Sleepless star was spotted entering the gated community where Holmes and her daughter reside.

Regardless of what is going on between Foxx and Holmes, the Django Unchained star already made it clear that he doesn't think he will ever get married.

Foxx noted that he already has two kids so there's no need for him to settle down again.

Several years ago, Foxx told Oprah Winfrey that he doesn't know if he's built for marriage. However, the actor knows for a fact that he's a very loving person. 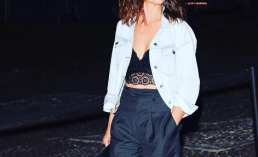 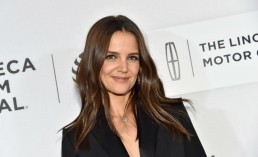