Will John Hamm soon stand over Gotham as the Batman?

After the disappointment that was Justice League, Warner Bros. is reportedly planning to restructure the DC Extended Universe. However, it looks like Ben Affleck, who debuted as the Dark Knight in Batman v Superman: Dawn of Justice, will not be around long enough to see the new cinematic universe.

Flashpoint, for the uninitiated, is a comic book arc set in an alternate universe. In this story, a young Bruce Wayne was killed by the gunman and his parents, Thomas and Martha, became the Batman and the Joker.

Variety's report suggests that the planned standalone Batman movie is still in development. The project has been in trouble since it was announced back in 2014. Affleck initially wanted to write and co-direct the movie.

By January 2017, thanks to the negative reviews of Batman v Superman, Affleck confirmed that he will no longer direct the solo movie. Matt Reeves (Cloverfield) was soon hired to take over and, in July 2017, he also revealed that he plans to write a new script.

As early as now, rumors and speculations about who will replace the Academy Award winner as the Dark Knight. At the forefront was Jonn Hamm who broke into the movie industry by starring in Affleck's The Town.

According to Radar Online, the former Mad Men star is desperate to get the role.

"Jon's gunning hard for the role," a source told the site. The 46-year-old is aware of the intense criticism that his friend, Affleck, received after Batman v Superman. However, the unnamed insider said that Hamm thinks that "he'd be better suited for the job."

The two-time Golden Globes winner has allegedly been courting Reeves for months now. He is said to be closer to getting the role than another actor, Jake Gyllenhaal, who was also rumored to be in the running.

A popular theory online suggests that Warner Bros. will use Flashpoint to restructure the DCEU. The new timeline will erase everything that the audience did not respond to, including Affleck's Batman, and only keep the little that fans loved.

Flashpoint is a chance to introduce a new Bruce Wayne without completely rebooting the timeline. As Nerdist speculates, the Flash could return from the alternate universe and see a new Batman standing over Gotham City.

The Flash movie is scheduled to come out in 2018. 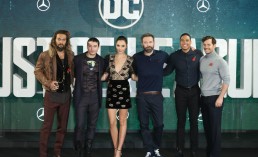 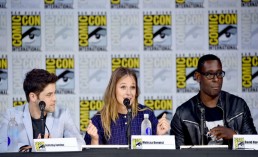 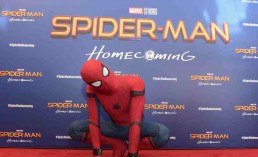