The rapper was performing at a pop-up party at Miami's Ora nightclub when things took a turn. He ended up breaking a $1,000 worth of DJ equipment by jumping on it. What's more awkward? Him breaking the equipment or everyone getting to see him break the equipment? Probably both!

According to reports, the businessman jumped from the speaker to a VIP table and to the top of the DJ booth — and it wasn't a smooth landing. 50 ended up landing right on the mixer.

Surprisingly, that didn't stop the power actor from putting on a good show. 50 Cent continued his 15-song set and the equipment was seamlessly replaced.

Although he is known to make demands, the executive producer insisted that he supply and replace the equipment. Let's see, broken equipment, possibly no music, you would think the DJ and the club owner would want money for the misfortune, well think again!

Ora nightclubs owner, Ryan Van Milligen, declined 50 Cent's offer to pay for the equipment. Maybe everyone should be like Milligen or maybe not? Looks like the broken equipment was worth every penny. The rapper has actually been invited back to perform at the nightclub. It's safe to say, he brought down the house, literally!

Curtis James Jackson III, or 50 cent, is one of the world's best-selling rappers. He rose to prominence with his hip-hop group, G-Unit. Lloyd Banks, Tony Yayo, and Young Buck help to complete G-Unit.

50 CENT IS A TRIPLE THREAT

During his career, 50 Cent has sold over 30 million albums worldwide. Let's not forget that he's won 13 Billboard Music Awards, three American Music Awards, four BET Awards, and a Grammy. Nothing to brag about right?

When the rapper isn't busy making music, he's executive producing probably one of the greatest shows on television. That's right! He is the head honcho when it comes to Power. Earlier this week, the triple threat signed an eight-figure deal for Power with Starz network. Again, nothing to brag about right?

Does this mean about 10 more seasons of Power 50? Everyone is hoping so!

Power premieres on Starz network. The hit show just wrapped up its fourth season. While everyone suffers and patiently waits for the new season, tune into BET for 50 Central BET. Yes, he's on a mission to take over that network, too. 50 Central BET is a late night comedy series that features up and coming comedians. The series is currently in its first season. 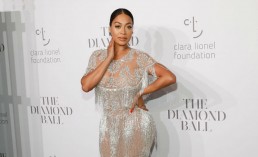 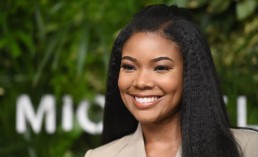 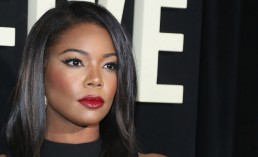