Eminem loves his wife now? Well, technically, he always did. Fans were surprised to hear that on his new album, Revival, the rapper finally apologized to his ex-wife.

Fans of the artist might remember that the songwriter had some harsh words for his ex-wife, Kim, on his Marshall Mathers LP. It was pretty obvious that the words of the song were directed to her as he titled it, "Kim."

However, on Revival, the rapper makes it very clear that he's apologizing to her in a song called, "Bad Husband."

"I'm sorry Kim ... more than you could ever comprehend. Leaving you was f--kin' harder than sawing off a f--king body limb."

Fans of the songwriter were not only happy to finally get a new album from Eminem, they could also not believe he actually apologized to his ex-wife Kim. Fans took to Twitter to share their reaction. Let's just say the apology left them in tears.

EMINEM'S APOLOGY TO KIM WILL MAKE YOU WEEP. "...'Cause I loved you but I hated that me And I don’t wanna see that side again But I'm sorry, Kim More than you could ever comprehend Leaving you was fucking harder than Sawing off a f***ing body limb" #Revival pic.twitter.com/tMk8KASjC9 — Katie Krause (@Katie_Krause) December 15, 2017

Bad Husband is the Headlights of Revival, only this time towards Kim. Feels like Em is making amends with his past #Eminem #Revival — Elijah (@baroud92) December 13, 2017

Revival features artists who were no strangers to the Billboard Charts. Artists such as Beyoncé, Alicia Keys, Kehlani and Ed Sheeran are all featured on the album.

Revival is currently available to stream on iTunes and Tidal. 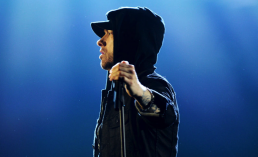 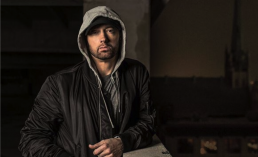 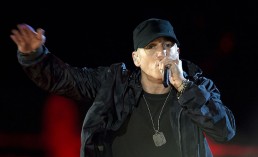