Ocean's 8 is shaping up to be one of 2018's highly anticipated films, and all eyes will be on Debbie Ocean (Sandra Bullock).

"Why do you need to do this?" Cate Blanchett's Lou asks Sandra Bullock's Debbie.

Before Debbie could answer her pal's question, the audiences are instantly teleported to different scenes that briefly showcases the cast. The scenes include Debbie and Lou traveling across New York City, Nine Ball (Rihanna) playing with tong-like tools, and Rose (Helena Bonham Carter) gazing upon a diamond necklace. Audiences could hear a female vocalist perform Nancy Sinatra's legendary tune "These Boots Are Made for Walkin'" that intertwined with brief introductions to their fellow heist crew members Tammy (Sarah Paulson), Amita (Mindy Kaling), Constance (Awkwafina), and a seductive Daphne Kluger (Anne Hathaway).

The teaser trailer ended with Debbie sipping a martini inside of a marble mausoleum. She is looking upon a name that is very familiar to longtime Ocean's Eleven fans: Danny Ocean. Debbie's brother (George Clooney) headlined the Ocean's Trilogy, where he and his gang pulled off impeccable capers that took the world by storm. If viewers expand the trailer, they see that Danny Ocean was killed in 2018. One possible answer that Debbie could share to Lou that she was either going to avenge her brother's death or try to pull off a much bigger heist than he could ever imagine. When Debbie finally works up the courage to tell Lou why she wants to plan this heist, it was a simple:

"'Cause that is what I am good at," said Debbie as she continued to eat her breakfast.

What We Know About The Film

Debbie and her gang are targeting the legendary Met Gala, which always takes place at the Metropolitan Museum of Art in New York City. This past year, New Yorkers spotted several of the actresses around the city filming scenes. Fans got to see Bullock, Paulson, and Rihanna in action as they braved the New York City weather to film an intense action sequence. The film is expected to include cameos from Kim Kardashian West to Katie Holmes. In addition, Matt Damon announced that he will be reprising his role of Linus Caldwell. It is unknown how big of a role that Damon's Caldwell will have in the film.

Clooney and Steven Soderbergh are expected to produce Ocean's 8, while Gary Ross will direct the 2018 film. 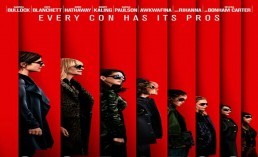 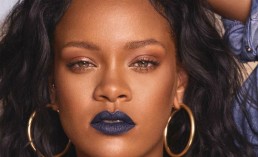 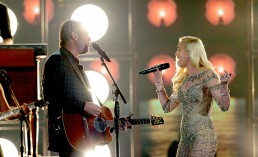