The Voice coach Christina Aguilera celebrated her 37th birthday in style with her near and dear ones on Tuesday, Dec. 19.

Although the "Genie in a Bottle" hitmaker's birthday falls on Monday, Dec. 18, she celebrated it with her friends and family on Tuesday, Dec 19.

Aguilera dressed for the occasion in a beautiful bright pink dress, combined with a purple coat and matching Christian Louboutins.

The singer also rocked her wavy, peroxide blonde locks by leaving them untied with an off center part and smokey eye makeup and shared the birthday festivities with her 4.4 million followers via Instagram stories.

"Feeling pretty in bday pink," she wrote alongside an Instagram picture of her in the birthday ensemble. "Thankful for the love & joy my besties fill me with all year round."

The songstress' birthday celebrations included a custom-made cake with an image of the popstar wearing her now infamous "Suck My D**k" T-shirt. The birthday cake also had the words, "Happy Birthday Xtina We Love You!" written on it. Aguilera also shared a picture with her crew, captioned, "Class of 2017."

Aguilera and her friends also played Real Housewives of New York City-themed game of Twister. The classic board game that requires players to use their physical skills featured faces of cast members from the popular reality series, including Bethenny Frankel and Luann de Lesseps, on the red and blue dots respectively.

The Grammy-winner's love for RHONY doesn't come as a surprise though. Aguilera has previously expressed her happiness on social media when Frankel returned to the Bravo series after a brief hiatus.

"Love @Bethenny back on #RHONY," she once wrote on Twitter. "Best season ever...the show needed you back!!! Missed you! And Dorinda is a great addition!!"

The popstar celebrated the holiday season last week by hitting up a holiday party in a risqué cowgirl outfit. Aguilera made heads turn in an intricate black embroidered blazer by Nudie's Rodeo Tailors and wore nothing inside, except a red heart nipple pasty on her left breast.

She teamed her blazer with a black cowboy hat, black trousers and accessorised her bold look with chunky gold rings on her fingers in addition to a silver pistol for added effect. Aguilera also shared the look with her fans on Instagram. "So much holiday fun last night," she captioned the photo. 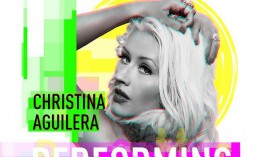 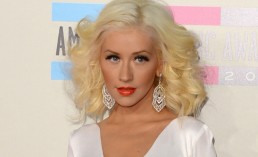 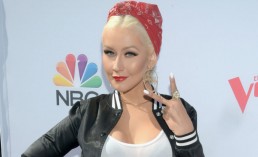