Denzel Washington has been gracing both the big and small screens with his excellent acting abilities and irresistible sex appeal for years.

It's only right that the Golden Globes winner is acknowledged on his birthday.

Washington will always be recognized for his versatile work pallet, which has allowed him to receive Academy Awards, Screen Actors Guild Award, Tony Awards, and NAACP Image Awards.

On Thursday, the actor celebrated his 63rd birthday and what better way to commemorate him than with his most unforgettable movies in his entire acting career.

Washington plays Robert McCall, a man who decides to put his past behind him and decides to create a new quiet life. His plans change when he met a teenager who has been manhandled by Russian mobsters. The Equalizer made its debut on Sept. 26, 2014.

Although, its been three years since its debut, the infamous film is set to make a second debut. A sequel to the film will be released on Aug. 3, 2018.

Training Day is also probably one of the iconic movies of Washington. His role in this film as Detective Alonzo Harris earned him an Oscar for Best Actor at the 74th Annual Academy Awards.

Washington and his co-star, Ethan Hawke, play as two LAPD narcotics officers on duty for a 24-hour period in the gang-ridden neighborhood of the LAPD Rampart Division and South Central Los Angeles.

In November 2007, the director dominated the movie industry with his stellar performance as Frank Lucas in American Gangster. The fictional film is based on the criminal career of Frank Lucas, a gangster from North Carolina. Lucas smuggles heroin into the United States on American service planes before returning from the Vietnam War.

This epic biographical film is one of the movies that helped launch Washington's career. The Fordham University graduate received an MTV Movie Award, NAACP Award, and several Film Critic Awards for his performance as the legendary Afro-American activist "Malcolm X."

The Warner Bros. film was directed and co-written by the one and only Spike Lee, and also stars actress Angela Bassett.

Washington received the Outstanding Supporting Actor in a Motion Picture at the NAACP Awards for his role as Dr. Jerome Davenport. Washington stars alongside actor Derek Luke, who also gave an astonishing performance as "Antwone Fisher."

The film is based on Fisher's autobiographical book Finding Fish. 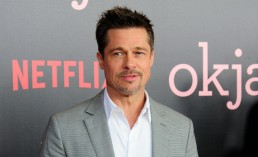 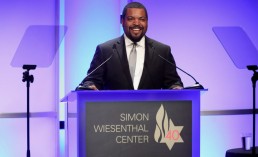 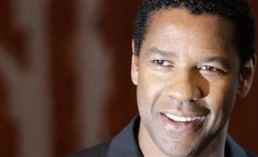 Denzel Washington's New Movie is No. 1; 'The Equalizer' Grabs Top Spot at Box Office Over 'Maze Runner' & 'The Boxtrolls' [PHOTO]