This year showcased some of the biggest, blockbuster hit movies, with incredible actors that brought their A-game. From light sabers to amazon woman, the movies in 2017 had plenty to offer.

As the year comes to a close, Forbes released the list of the actors and actresses who made the most money this year, based off of box office sales. Here are some the celebrities that made the list.

The Fast and Furious star earned a whopping total of $1.6 billion dollars due to his role as Dominic Toretto. Fast 8 premiered on April 8, 2017 and earned $532 million worldwide during its opening weekend. The actor is slated to appear in the next Fast movie as well as Avengers: Infinity War Part 1 as Groot.

Close behind his fellow Fast and Furious costar is Dwayne The Rock Johnson. The former pro-wrestler earned 1.5 billion dollars this year. The Rock also starred in the Fast 8 film as well as, Jumanji: Welcome to the Jungle, and Baywatch. The Rock is set to appear in Rampage, Fighting with my Family, and a spin-off Fast and Furious film, with Jason Statham.

Earning the number three spot is Gal Gadot, who also starred in the Fast and Furious franchise. Gadot broke records at the titular character, Diana Prince aka Wonder Woman. Gadot starred in Batman vs. Superman: Dawn of the Justice League,  Wonder Woman, and Justice League. In total, the Israeli beauty earned 1.4 billion dollars this year.

Daisy Ridley captured the hearts of everyone as her break-out role, Rey, in the latest Star Wars series. Ridley reprised her role in The Last Jedi, opposite Star Wars veterans, Mark Hamill and Carrie Fisher. The British beauty also starred in the all-star ensemble mystery thriller, Murder on the Orient Express. Ridley garnered in total 1.08 billion dollars this year.

Johnny Depp, how could you not love him? The actor had a pretty rough 2016 after getting divorced from his wife, actress Amber Heard, who also accused Depp of physical abuse. Top it all off, the actor received backlash for his role as Gellert Grindleward in the latest wizarding series, Fantastic Beasts. This didn't stop the veteran actor who ended 2017 very nicely. For his roles in Murder on the Orient Express and Pirates of the Caribbean: Dead Men Tell No Tales, the actor earned a total of 1.1 billion dollars. 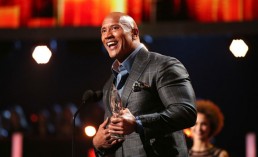 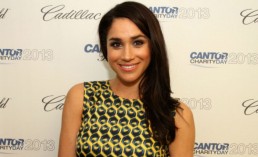 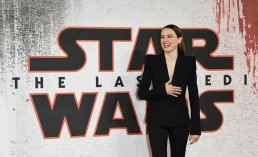