The couple welcomed the new year with their new son, Hayes Alba Warren, who was born on Dec. 31, 2017.

3 Times Is A Charm

Alba announced her third pregnancy and the sex of the baby on Oct. 25, 2017, in an adorable Instagram post with her two daughters, Haven and Honor. Their eldest, Honor, was born in 2008 while Haven was born in 2011.

Alba and Warren, who married in 2008 after dating for four years, posted the announcement of their son's arrival on their individual Instagram accounts.

Alba's husband stated that his wife was the strongest woman he knows," and that his two daughters already adored their baby brother.

"On your first day of life, I promise to love you, to cherish you, and to provide you with a sandbox full of dreams to explore," Warren continued.

Jessica Alba Shares Excitement Of Having A Son

Alba opened up about her excitement of having another addition to the family during an interview with Rachel Ray on Oct. 30, 2017.

Alba is best known for her roles in Dark Angel, Fantastic Four, Honey, The Eye, Machete Kills, and Sin City. Warren and Alba met during the production of Fantastic Four. Warren is the son of former college basketball player and actor Michael Warren who starred in Hill Street Blues.

In 2012, Alba co-founded the Honest Company, a consumer goods company that sells personal, baby, and household products. Alba stated that she was inspired by the birth of her first daughter, Honor, and the struggles she endured as a child to create the company.

The company, however, faced backlash after being sued for stating the infant formula was organic when it, in fact, contained 11 illegal substances. 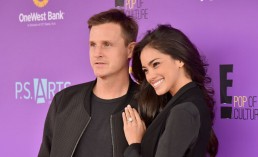 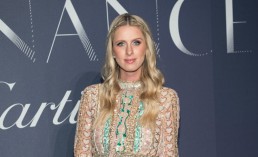 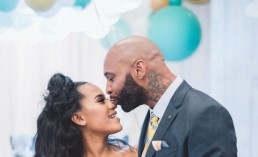