Dyrdek took to social media to share several photos of his family, as well, as his new bundle joy. The MTV host captioned the photos, "She is an angel from heaven. She is absolute perfection. She is our princess. She is Nala Ryan Dyrdek. So thankful for the strength of my amazing wife and grateful for our growing family."

Dyrdek's wife, Bryiana Noelle Flores also took to her social media to welcome their baby girl. The now mother of two, shared a similar family photo with the caption, "My heart has never been more full right now. @robdyrdek thank you for being the most amazing and supportive husband and the best daddy in the whole world! Kodah, your sissy is so lucky to have you as her big brother and I am so, so proud of you! Nala Ryan Dyrdek, welcome to our family. You are loved beyond measure and there will never be a moment in your life that goes by why you aren't reminded of that."

The couple wed in September 2015, which was five months after Dyrdek's unforgettable Disney proposal.  In September 2016, Dyrdek and Flores welcomed their first child, a baby boy, Kodah Dash Dyrdek.

In June, the pair took to their social media accounts to announce that they were expecting their second child. Dyrdek posted a video on Instagram, which showed the family at their gender reveal party.

Bryiana recalled that she announced the good news to Rob in the cutest way possible.

"He unwrapped a sign announcing when we get to meet our newest Dyrdek and then opened one of the positive tests I took that morning," she stated.

The mother of two also stated that Rob has always wanted a baby girl.

"Ever since that night, he's been praying for a little girl and yesterday we learned that our prayers have been answered," she continued.

On May 9, 2017, the MTV host, mourned the loss of his close friend and co-star Christopher "Big Black" Boykin. Boykin passed away at 45-years-old and suffered a heart attack.

Boykin and Dyrdek were known as MTV's dynamic duo. The two starred together in their first MTV series, Rob & Big and later went on to work together on Rob Dyrdek's Fantasy Factory.

Fans of Rob can still watch him on Ridiculousness sister show, Amazingness, which premieres on MTV on Friday's at 9 p.m. 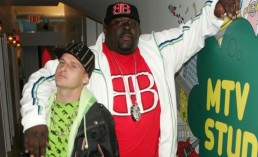 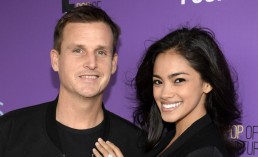 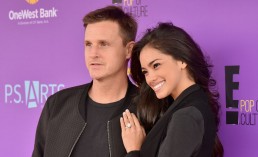