On Wednesday, the "Passionfruit" singer officially announced the news on his Instagram account. Drake shared several photos of himself as well as a photo of his longtime associate, OVO Chubbs, who will co-own the new establishment with the rapper.

"So proud of you and proud to be in business with you!!! My brother @chubbsview congratulations on our new stunning venture @pick6ixto. I Hope the entire city gets a chance to enjoy this beautiful establishment," Drake wrote.

Although, the restaurant has not officially opened to the public, "Drizzy" wasted no time hosting a pre-opening party for Cleveland Cavaliers player Dwyane Wade. The party was thrown by none other than his fellow teammate, Lebron James.

On Tuesday, James hosted an early birthday party for Wade, who will turn 35 years old on Jan. 17. The birthday bash was filled with cocktails that were provided by The House of Rémy Martin.

In summer 2017, fans were hyped when the rapper's signature owl OVO logo popped up at Yonge and Wellington in the city's Financial District, leading to speculation that a sports bar or restaurant was on its way. Well, fans were correct!

While, details about Drake's new venture have not been released, photos of the space confirm that it is definitely going to be the new "hot spot" in Toronto. Sources say the restaurant features black marble walls and gold accents, along with a 2,100-square-foot open concept patio with glass enclosure.

Although, Drake has proven that he is indeed an entrepreneur, the rapper is denying involvement with a new documentary that is set to release some time this year.

Director MarQuis Trill took to his Instagram account to share a preview for a trailer that features moments from the "6-God's" career. The documentary is titled Toronto To Houston and will reportedly highlight Drake's rise to stardom, with a specific focus on Houston. Drizzy fans immediately believed that he would be involved in the upcoming documentary as Houston native Jas Prince is allegedly involved in it and has played a pivotal role in the rapper's career.

While the video has been posted on Trill's Instagram, Drake's reps have not confirmed his involvement nor authorized the film.

Did Zoe Kravitz And Drake Rekindle Their Romance At The Golden Globes? 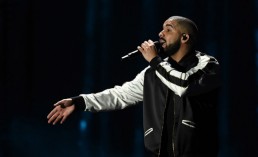 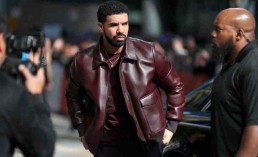